View Profile
Colors' Chak Dhoom Dhoom has witnessed nine weeks of stupendous performances from the little talented kids. This week will be the wild card round which will decide that top 10 contestants for this season.

As per our knowledge, four contestants namely Queen of kicks-Vaibhavi, Maharashtrachi Mulgi-Gauri, Shahjahanpur ke Sultan-Alam and Sneha from Mumbai fought against each other to find a place for themselves in top 10. The wild card contestants were judged in two rounds, first a solo performance and then a duet. 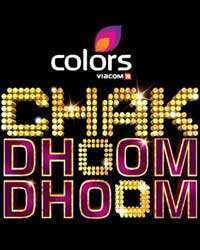 Wondering who were the ones that made it back to the contest? Here's a little birdie giving us the information. "All the four contestants performed brilliantly. Gauri who performed a contemporary dance on the song 'Iktara' and Vaibhavi who performed a Broadway style on 'Chamma Chamma'  in the solo round were the lucky two who entered as the wild card entrants this week."

With these two coming back on Friday, the show moved a step ahead to a spooky night with a horror theme on Saturday, featuring the host Pravesh Rana as the Dracula and co-host Saloni Daini as the Tantric Baba.

~*puja*~ 11 years ago she has done roles that aren''t the typical roles but also aren''t totally off-beat!

Fire erupts at NCB office building in Mumbai; No injuries ...
8 minutes ago