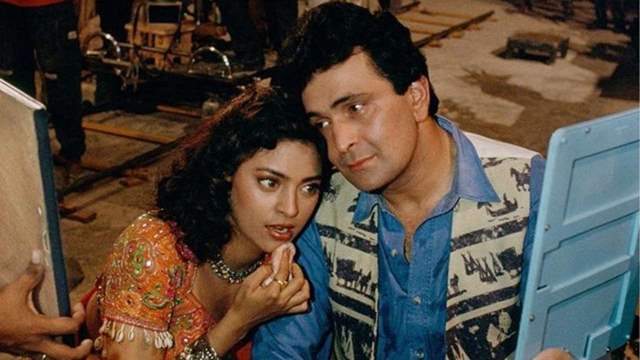 Paying an ode to two legends who passed away in April, a leading magazine has come up with special June issue. Having lost two icons in the form of Rishi Kapoor and Irrfan Khan, Filmfare has paid a heartfelt tribute to the duo by dedicating an exclusive cover that features the life of these two superstars.

With a host of interesting anecdotes shared by their co-stars, the issue features actress Juhi Chawla reminiscing the good old days of working with Rishi Kapoor. Having acted together in films like Bol Radha Bol and Luck By Chance, the actress poured her heart out about the memories shared with him on set.

An incident that came to her mind was Rishi Kapoor’s strict discipline and work ethic. She revealed, “While shooting for a movie, unlike us Rishiji never ran to the monitor. Often, I would check my hair and makeup on the monitor.

Then I would quickly run back to my shoot again. Rishiji would see this and say, ‘What's this bad habit you all have? It shows how insecure you are as an actor. The monitor is not for you, it's for the director.’ At times you felt he was scolding you. But that was his warmth.”

Honouring these two legends who’ve left a lasting impression in the minds of one and all across the world, the special edition also presents endearing stories from Anubhav Sinha, Taapsee Pannu, and Nikkhil Advani, etc who share their fond moments with the veteran actors.

Kangana Ranaut lashes out at nepo kids once again as she ...
16 minutes ago

Anupamaa' goes a little hatke, actors record song in their ...
17 minutes ago