Suchita Trivedi, who started her acting career at the age of six, believes that an actor's main objective should be doing good roles and making sure that when the character ends, it remains in the mind of the viewers. As Minakshi, she has made sure to etch the character in the viewers' mind, thus making Minakshi a very important part of the show. 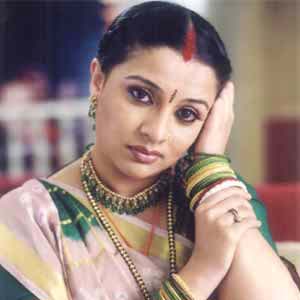 Featured Video
This year Suchita , as Minakshi bagged three awards - the ITA, Gold Awards and the Telly Award. "One character getting so many awards at different times feels really great. It gives a feeling that you should work more hard now", says Suchita. But for her, this award is the fruit of team work and more than just her award, she is happy for the appreciation that the show is getting. "It is a weekend show and still holding the audiences' interest is an achievement by itself. So I am extremely happy for me and my whole team", says the actress.

According to her, the whole team is like a big family who are having fun all the time. "It's a big happy family, a family that is just mad about food. We go on ordering foods from different places. The whole team is now encyclopedia of knowledge as far as Goregaon East is concerned and we all know exactly what you get where", she comments laughing.

This is one show which has many kids. Suchita feels they are way too talented as far as their age goes, be it in acting or otherwise. "They are a bunch of talent. At times, watching them I get a feeling 'Oh God' we were so dumb at that age. The one who plays my son is always playing with different kind of video games and electronic gadgets on the sets. At the age of 30, I still can't get the hang of them", says the charmer. Then she adds laughing, "But it is their act with Deven Bhojani during breaks, which is our main attraction on the sets. During break, they are all after Deven maybe pulling his cheeks. These kids don't leave him even when he gets angry. They go on punching his stomach then tickling him, they know Deven is very ticklish. Even tears or requests don't help Deven", and then mischievously she adds, "For us, it is like a treat to watch when all these kids are on Deven."

For the viewers, it is a treat to watch Suchita enact the role of Minakshi so effortlessly, and it goes without saying that she is indeed a very good actress. We wish her all the best and hope that she shines as much in the role of other characters that she will act in, in the coming years. 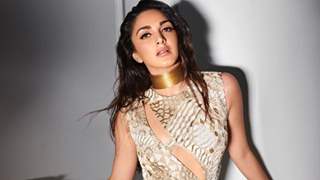 + 5
14 years ago she is just so cute..all those awards are truly well deserved

+ 3
14 years ago Wow. Three awards for just one character! Awesome! Love her acting as the adorable Meenakshi! =D

+ 2
14 years ago Suchita is multi-talented actress... she is really adorable as meenakshi

+ 3
14 years ago She is really is very talented.Just love the way she portrays Meenakshi.