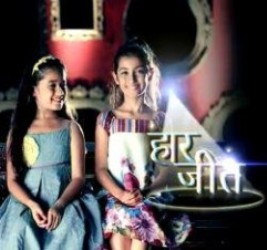 We are all aware that Shashi-Sumit Mittal's Haar Jeet on Imagine is taking a step forward towards the time-leap. But the fact remains that speculations on the future of the show continue to linger.

According to the latest updates, the show will soon see a final face-off between Ishita (Jannat Zubair Rahmani) and Mihika (Khusali Hirani). Pitched against each other in a dance competition, both of them will be seen swinging to the track 'Khwaab De Ke Jhoote' from the hit Bollywood film, Race.

A source further reveals, "During the competition, even though Mihika is well-versed with the steps, she stops mid-way so as to ensure that Ishita emerges as the winner. Mihika is joyous of Ishita's win, but the latter is left pondering with questions in her mind, as to why Mihika had decided to give up."

It is publicly aware that the show is all set to take a time-leap, wherein Neha Sargam and Heena Parmar would essay the roles of the grown-up Ishita and Mihika respectively. But it is believed by many that the actual reason behind the leap is that the show is under a strict eye of the channel due to its falling TRP's. If the leap fails to bring in better numbers, the chances of the new show continuing, look gleam.

We tried contacting Jannat Zubair Rahmani but she remained unavailable for comment.

Hope this leap brings in some good numbers for the show!

9 years ago welcome back neha..so happy that u selected such a wonderful role ishita on ur comeback...

+ 2
9 years ago so glad to knw tht neha is cuming back..will deffo watch this show for neha..

9 years ago waiting to see you in new avatar.. All the best for your new show nehaaa

9 years ago Neha, wish you and the show a huge success and want to see you here for a long long time.

9 years ago Neha, delighted to have you back! Congratulations on your new show and all the best!

9 years ago Welcome back Neha!
I know you will be fab in ur new role!!

9 years ago Neha Congratulations on your new show. Glad that you are coming back.