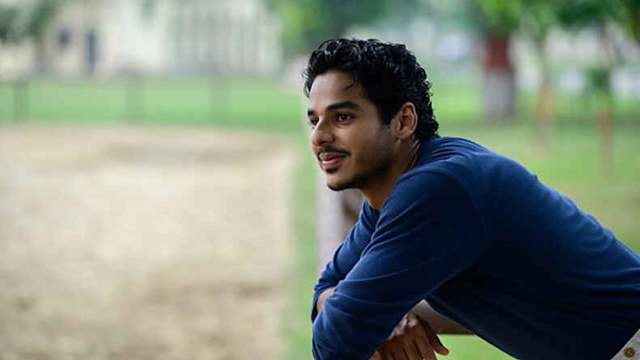 Ishaan Khatter, whose mini-series A Suitable Boy released recently, had in fact got him rave reviews. However, he also admits that the Mira Naira series has not received an equally positive response, however, he wishes to have a healthy attitude about it and learn to adjust to whatever comes.

Recently, in an interview with Hindustan Times, he went on to say how one should feel grateful for all the encouragement and appreciation. None the less, he adds how he will not hold it against anybody to have an opinion against the show, much like he wouldn't hold it against someone for not liking the show.

He says, ''You learn from it and you move on. I think people have been largely polarised about the show. A lot of people also liked it and others didn’t think much of the show. I have been quite grateful and humbled really that it has been quite unanimous about my performance and it just reinforces my feelings about my work and I feel more encouraged and charged to put myself into my next instalments of work.''

Ishaan played the role of Maan who is the son of a politician and happens to fall in love with a courtesan Saeeda Bai. He added how a lot of things could have worked against the show as sometimes, the way the film comes out, it does not give any kind of presentation. However, he believes that ups and downs are likely to be there and one needs to understand and continue growing. He also expresses his gratitude for those liking his work and adds that art is subjective and hence, the polarisaiton is fine.

He also feels elated about the response for a project like this and his first time working with this format has been a learning experience. He adds that he will cherish working with everyone and has only good things to take back from it.