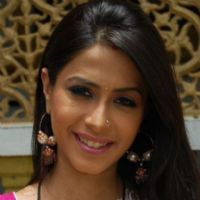 There is more to the Barkat mystery in Beintehaa on Colors than meets the eye. Apparently, while everyone is been thinking that Barkat is fake the story might just take a twist to reveal that she in fact is the real Barkat!

Says a source, "As of now we have seen that Barkat (Dimple Jhangiani) is helping Mir Khan (Sunil Sinha) thinking that he is her father. That is what she and the viewers think but there might just be another major twist in the tale which will reveal that Barkat is not Bobby Mir Khan as is being recently shown but the real Barkat."
Clarifying further about this development, our source adds, "There is a back story involved here with Usman Abdullah (Naved Aslam) playing a major role in the entire story long gone past. Apparently, as mentioned by Usman Abdullah earlier he and Mir Khan had come to Mumbai from Bhopal to widen their business interests and while Mir Khan was left behind, Usman Abdullah managed to become rich and grow his business. However, this is the bone of contention with Mir Khan who feels that Usman Abdullah made profits not due to his hard work but due to the fact that he crushed Mir Khan and his ambitions to reach the top after which he conveniently forgot him. This might be a reality or a mis-understanding between the two but this is the reason that Mir Khan holds a grudge with Usman Abdullah. There has to be a reason as to why he is so cruel to kidnap Barkat when she is just two years old and keep her away from her family causing grief to all."
"He has told Barkat all about this and tutored her that she is his daughter and not Usman Abdullah's and thus Barkat is helping him out thinking that Mir Khan is her real father. Mir Khan feels he has a right to Usman's property and since he has not got his due share tries to get it through Barkat. However, later all things will come out in the open and it will be revealed that Barkat is not Mir Khan's daughter Bobby but indeed the real Barkat but not before revealing that Usman Abdullah is not such a honest man and has a dark side to him too which will come as a shock to the entire family especially Zain (Harshad Arora) and Aaliya (Preetika Rao)," concludes our source.
Whew! Quite a many twists and turns waiting to happen in Beintehaa which will definitely keep the audience hooked.
Seema Khot Mattoo

Snehaakter 7 years ago I don't wanna see her face and the CVs are making her permanent????!!! WTH!!

+ 6
7 years ago I don't want her to be real barkat! whatever it is! can we just get the focus back to zain/aliya and the original cast ????? to hell with barkat ,her identity, her track is pissing me off! im not able to enjoy zaya whole heartedly cause of this stupid manipulating barkat

+ 2
7 years ago Harshad Arora and Preetika Rao u both rocked BI.
Naved sir nail as Usman waiting to know what is his past.

sepultraonyx 7 years ago usman abdullah is such a nice character...pls dont ruin it by giving it negative shades :( anyways harshad and preetika rao rcks :)

7 years ago sounds interesting... waiting for the upcoming track.

7 years ago Usman cannot have a dark side! :(
We can't have so many negative characters in one serial!
We already have Barkat/Bobby, Nafeesa, Shazia, Gauhar(though she doesn't come anymore), Surraiya(she might turn evil again), Fahad(he's not a negative character, but he asks for a share in the property) and now Usman also!!?? :(