View Profile
Criminal justice system is supposed to exist for a reason - to give justice. But what is justice? What does it seek to achieve? 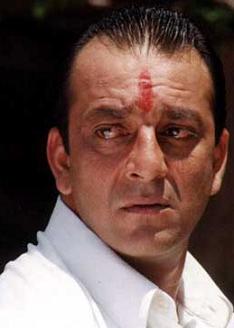 Featured Video
One can say that justice is nothing but making a wayward person realise one's fault, and if the person is deemed irredeemable, then one is taken to a confined space to lead an austere life style and made to repent for one's deeds by being subjected to hardships.
However, the most prevalent form of justice is retributive justice, which translates for an 'eye for an eye', meaning, the punishment should fit the crime, that the person who has committed the crime should suffer as much as the victim, irrespective of whether one has realised the mistake or not.
For centuries, arguments have continued over what justice seeks to achieve in the end. However, there always have been unanimity in one thought: the perpetrator must undergo some sort of act where one suffers and repents. However, the forms of punishment have been subject of raging debate all over.
Community Service actually is a very popular form of punishment in the American Society. 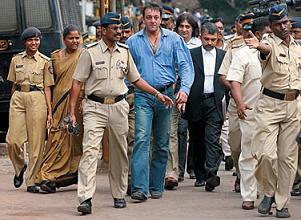 The offender is effectively repaying their debt to society; it is also designed to help develop new skills. Charities, community organisations and local authorities provide work places and benefit from the offender’s contribution.

Question is, can Community Service be introduced in Indian Justice System? Could that have been an option for Sanjay Dutt? Let us find out what our stars have to say about that.
Celebrity Take: Vivan Bhatena: It's a very serious issue. Sanjay Dutt, from what I have heard, is swell of a person. However, it's also true that he was guilty of illegal possession of arms. Call it naivety or foolishness or whatever, bottom line is, it's wrong.
The idea of community service is very good, but I would support it for minor offences, not where terrorism or any other serious offence is concerned. Lives have been lost, and there has to be a payback. It's sad, but true. Raj Singh Arora: Minnie, first I must say you have an impeccable timing! ironically, yesterday only I shot a scene where I was caught with a gun and a bag of cocaine and right now I am in Jail....so it's actually a very Sanjay Duttish scene that I am doing. So I understand what he is going through. However, we need to understand that he did do something very wrong, and he has to do time for it. Law has to take it's course and I am very proud that justice has been served.
Community Service is a brilliant idea! However, does it serve the purpose of justice in a case of something as serious as illegal possession of arms? I don't think so. Unlike US, people here cannot possess a gun, and I feel secure when I know that no one will suddenly spring a gun on me and start shooting, and I love this country for that. Hence if the offence is something as serious as that, then you have to go to jail. Sameer Sharma: Sanjay Dutt's punishment is harsh. He did something very wrong; however, intent is also very important. He is not a danger to the society. Sanjay Dutt has been a clean person, and his record for the last fourteen years have been impeccable. He has never gotten into any kind of trouble with law as such. And his family has made a great contribution to the society, and he himself has been involved in so many uplifting projects. All that should have been taken into account while handing him the sentence.
Community service is a fantastic option. Jail is for people who need to be reformed, not for people who already have suffered and have become good citizens. If he has to pay, the payback could be in form of something else which would be more useful for the society as a whole. What good is Sanjay Dutt behind the bars anyway? There should be a clause in the law where a person with no wrongful intent should be treated leniently, and if we can find other more effective alternative ways for payback, nothing better than that! Rohit Roy: I have very strong views on this matter. Sanjay Dutt's punishment is ridiculous ! Not because he is a star, or a celebrity, but because of the kind of human being he is. He did commit mistakes, but everyone knows that Sanjay Dutt is not the man what he was 14 years ago. People commit murder and roam free without even feeling guilty, and this man has paid almost everyday of his life for the last fourteen years and has spent trying to make up for it. He has not even had a driving offence against him during this entire period. He not only belongs to a family which has contributed so much to the society, but he himself is such a contributer to the society. Justice has to do with reform, and this is not a man who needs to be reformed.
Community Service is definitely a much much better option. That kind of a payback method would have actually contributed to the society in a much more wholesome way of than locking him away would ever do. Indraneil Sen Gupta: Personally, I feel extremely bad for him, as he is genuinely a great person. But he was guilty of a crime, and he had to be punished. I do support punishment for any crime committed.
But yes, community service could have used in this case. It is a brilliant concept, and should be introduced as an alternative method of punishment.
So can community service or any other form of punishment which can better serve the society be adopted in special cases? Or would that simply serve as a weapon to be misused in future?Thought process never end, but maybe it's time to ponder for all of us.
Author: Minnie Gupta

sourabhbhavsar 14 years ago i don't know wats the buzz about it! all the other celebs are trying to save their ass by saying that a bollywood star should not be treated like this. which apparently means that if they did something like this they should not be punished this hard.
i know people are saying it was 14 years back but people died thats why it does matter. he got to enjoy all these 14 years to live free and make movies. he should be happy its only 6 years. and its time for our court/police system to get more strong and strict.

+ 2
14 years ago Poor Sanju Baba...six years is DAMN harsh. He is such a nice guy. I would say that for someone who has realized their wrong and is a good person, even if he wasn't a celebrity. Maybe 6 months.maybe...but six years? Thats soo wack! Plus, jail isn't like normal punishment that ok 6 yrs watever...jail is too much for him...he is not a hard core gangster or anything. I really hope he gets out of jail. He is AMAZING!

14 years ago i knw no one i above law n every1 should treated equally regardless their status! But this 6 yrs punishmnt is well harsh!! look @ his last 14 yrs, he hs been clean widout any charges or anything. This 6 yrs will ruined his career n his whole life! What he did was wrong till some extend but why wasnt he punished 14 yrs bak? why now? giving him a punishmnt nw is useless!! they should just drop the charges n in future jus deal with the crime there n then not wait 14 yrs before they decide to punish the person!

14 years ago First of all this was not a mistake. Second think for a min. Would you say same think for a normal person who is not a celebrity? If law think he is deserve to Punish he should. No one should use thair star power or political power for this. If you think that this is too harsh then same thing for others who went to jair for same reson like Sanjy right before him. So whats fair is fair. I think he may change but everyone needs to pay for thair dues. This is what I thnk. Hema

+ 2
14 years ago This punishment is way to harsh. For anyone not just because he is a star. He is a totally different person then he was 14 years ago. Its ridiculous. I for one do not agree with the Indian law. Community service is a great idea. Im sure Sanjay Dutt will get out somehow fast:). The guilty should be punished not the innocent, as far as I know sanjay Dutt is completely different from 14 years ago and he is innocent. They should take into consideration what he has done and how much he has contributed to. Go Sanjay Dutt! You have lots of people waiting for you to get out of Jail. Lage Raho Munna Bhai!

kkav 14 years ago he should not be sent to jail. he did the mistake innocently and he should be out of jail and does not allow to act in films. that will always remind him what he did unknowingly

14 years ago law is equal for every one and indian judiciary has proved this. if anyone commits crime regardsless of their status has to bear the repercussions too.the judgement is a fair one . doesn't matter its bollywood star or politician , no one is above law.

14 years ago All they are trying to do is make an example out of him which is wrong, he should never have been jailed

14 years ago If you commit a crime you deserve a punishment regardless of your status...there is no question of getting away...he did something he should not have and got the punishment thats it...we are in no position to comment on the decision as it is legal...decision of the court...it has to be honoured.