Mumbai, Aug 27 (IANS) Irrfan Khan, who has become quite popular after 'The Namesake' and 'Metro', is annoyed with the rumour that he has opted out of Tigmanshu Dhulia's under-production cop film 'Shagird'.

'I haven't said no to Tishu (Tigmanshu). How can I? We've done two films together, and I enjoyed both immensely,' Irrfan told IANS.

Irfan worked in Dhulia's 'Haasil' and 'Charas: A Joint Operation' and the actor says he is still in his latest project.

'But please understand that mine is only a special appearance in 'Shagird'. There's therefore no question of my opting out because I only want to do leads.

'Yes, it's true I'm looking at lead roles now. But that doesn't mean I'll be rigid about it and act pricey with friends. When have I ever done that? So yes, as of now I'm doing the special appearance in Tishu's provided we can work out my dates.'

Nana Patekar and Mohit Ahlawat are playing main leads in the film. 'Black Friday' director Anurag Kashyap is also making an appearance in the movie. 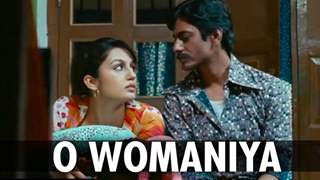