NDTV Imagine brings a new show for television viewers. A show that will appeal to the entire family, an action packed drama called Vijay… Desh Ki Aankhen, produced by Sagar Arts. Telly Buzz caught up with the bad man of the show Irfan Hossein aka Ghori of Prithviraj Chauhan, who plays the villain Dinaro to get to know more about the show. 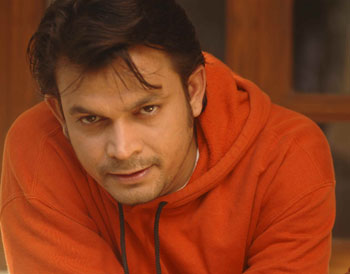 Featured Video
Vijay is a privately funded, parallel security agency that exists with the knowledge and consent of the Indian Government. Speaking about his role in Vijay, Irfan says, “I play the villain, Dinaro, in the show. He is an arms dealer and supplies arms to various terrorist organizations. He is very professional, sophisticated and a family man. Vijay has a very interesting and different concept. It is about a group of retired army officers who form a gang to fight against terrorism.”

You have been successful in portraying the character of Mohammed Ghori in Star Plus' Dharti Ka Veer Yodha - Prithviraj Chauhan. So what made you take up the role of yet another villain? To which Irfan replied, “I am completely against saas bahu sagas. I prefer doing performance oriented roles. In both the roles, Ghori in Prithviraj Chauhan and now Dinaro, I can prove myself and display my acting talent, which is one of the important things for an actor. Dinaro is a very strong character and completely different from the role I play in Prithviraj Chauhan.”

+ 3
14 years ago Hmmm another villian character for irfan..
Good thx for the artical