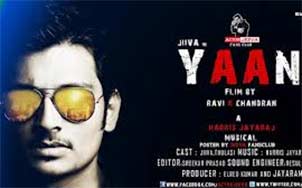 Upcoming Tamil actioner "Yaan" will feature stunts choreographed by Mustapha Touki, who has worked on international films such as "The Bourne Ultimatum", "Zero Dark Thirty" and "Babel".

"Mustapha is known for his work on 'The Bourne Ultimatum', 'Zero Dark Thirty', 'The Mummy' and 'Body of Lies'. Now, it's (his work) for 'Yaan'," Jiiva, the lead actor of the Tamil movie, posted on his Twitter page.

Mustapha is also known for his stunts in other films such as "Kingdom of Heaven". He featured in a fight sequence opposite Orlando Bloom in the film.