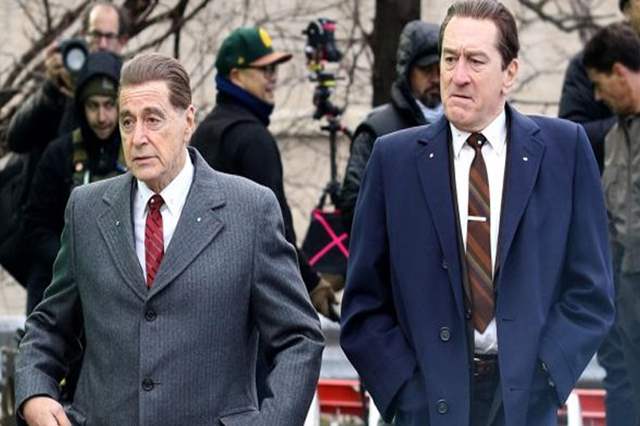 Ever since the trailer went live and ever since the Oscar talk began, The Irishman has been the talk-of-the-town constantly. From one controversy to another, The Irishman certainly had a lot of buzz as you can imagine. The film is finally set to release on Netflix on November 27th before having released in selected theatres earlier this month.

But none of this seems to have affected the fact that it is set to be the biggest theatrical rollout that Netflix has had to date, with key international markets screening the movie and bolstering its profile as awards season gets underway.

The nearly three-and-a-half-hour mob epic has secured relatively large releases in major overseas territories such as the U.K. and Italy, where opposition to screening Netflix films is proving more muted. It is also being shown in the important Asian markets of Japan and South Korea. Pushback from some exhibitors has, however, sharply curtailed the film’s outing in other countries such as Germany and France.

Even after The Irishman drops on Netflix’s own streaming platform next Wednesday, its theatrical release is expected to continue around the world, including in the U.S., according to several well-placed sources.

In Asia, The Irishman launched from the Tokyo Film Festival and is currently in theaters in Japan via Aeon Entertainment. It is also playing in South Korea, on up to roughly 100 screens, via Pancinema. In Australia, the film is being shown in Dendy Cinemas, the only chain exhibitor screening it Down Under.

Just like that, in all the major continents and countries, it will be having a massive release.

Revealed: Disha Salian's Sequence of Events On The Night Of ...
29 minutes ago

Meet The Returning Girl in Vansh's Life in 'Ishq Mein ...
42 minutes ago

Jacqueline Fernandez gives a shout out to Marathi film ...
2 hours ago