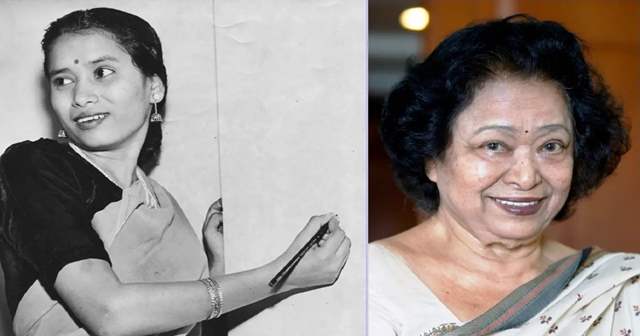 Most of the people who have followed the career of Guinness Book of World Record holder Shakuntala Devi would know that she was so much more than just a ‘Human Computer’. Apart from her career as a mathematician, Shakuntala Devi also managed a lot of other professions and aced them all. One of her most successful and spoken about professions is that of an author.

In the 80 years of her fruitful life, Shakuntala Devi aimed at inspiring as many people as possible and her books reflected exactly that. She didn’t just write books on mathematics but various genres as well. While some were controversial, some were very insightful, and some of them were made just for a fun read. She was a powerful writer and her thinking was light years ahead of her time.

If you loved watching the her biopic on Amazon Prime Video here's listing down 5 such books from Shakuntala Devi archives that are a must-read:

The World of Homosexuals

Probably the most controversial book ever written by Shakuntala Devi was her book on homosexuality called ‘The World of Homosexuals’ in 1977. In fact, the book was the first ever documented book written on Homosexuality in India. Shakuntala Devi in her book explained the concept of there being two types of sexual tendencies -- homosexuality or heterosexuality -- is wrong. This book marks a start of a positive conversation around the LGBT community (which was illegal and tabooed) to a moment which led to legalising it on 6th September 2018.

Along with being a progressive woman, this math guru was also a vegetarian. She also believed that household chores like cooking, bringing up a child, etc shouldn’t be gender specific and men should also participate in this work equally. During the age when the entering of men in the kitchen was considered to be a sin, Shakuntala Devi broke all the stereotypes and wrote a Cookbook specifically for Men. The book had simple vegetarian recipes that anyone could follow easily.

Figuring: The joy of numbers

Shakuntala Devi’s passion for math is what made her successful and a household name. Without receiving any formal education, her passion and talents for the subject was simply undeniable. According to her, every number is more than just a symbol for it has a unique range and richness that makes it come alive. Through this book, she tried to offer short cuts on how one can add long columns in our head, multiply, divide, and find square roots quickly. Delving into tougher topics like fractions, decimals, and compound interest, Shakuntala Devi’s book made these problems clear and easy to deal with.

Born to an orthodox Brahmin family in Bengaluru, Shakuntala Devi was heavily influenced by her family profession of priests and astrologers. Though her dad chose a different career path for himself, much to the dismay of her family, her foundation on the subject was built at a very young age through her grandfather. After creating an established career as a mathematician, she became a professional astrologer because believed in the science around it. Through her book on astrology, she tries to guide amateur astrologers. She attempted to explain the importance and impact of zodiacs, planets, asterisms, the rising signs, Bhavas, Yogas, Dasas, in a very simple way. This book is her first important book on the subject which is aimed at the lay-reader and presented in a way that is easy to follow.

After experimenting on various genres like astrology, homosexuality, cooking, etc, Shakuntala Devi’s zest of life led her to the most surprising yet interesting subject of all —Novels. A true thriller, this book is about a successful lawyer who turns into a scheming killer and commits a Perfect Murder. The book was loved by all owing to this gripping story that is filled with suspense.

Entire Team of Shakuntala Devi had put in a lot of Effort to Bring her ...

My emotional memory helps me shape my character in Anupamaa: ...
33 minutes ago

Barun Sobti says his transformation for Halahal was 'a bit ...
35 minutes ago