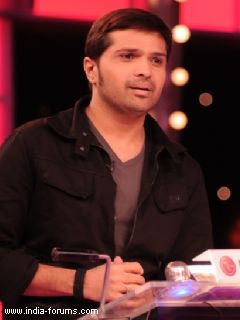 Talented singers from India and Pakistan will fight it out on a common platform -- a new reality show 'Sur-kshetra' -- where singer-composer Himesh Reshammiya will captain the Indian team and the Pakistan team will be led by hit singer Atif Aslam.

The jury and the host of the show are yet to be finalised, but it will be a mix of talent from both the countries, said a source from Sahara One TV channel, on which it will be aired early next year.

In India, the auditions will take place in six cities -- Lucknow, Kolkata, New Delhi, Mumbai, Ludhiana and Indore -- and at three cities in Pakistan -- Karachi, Lahore and Islamabad.

The selected singing talents from both nations will assemble at one place, where the show will be shot. There, they will undergo a further selection process.

Gajendra Singh, founder and managing director, Saaibaba Telefilms is producing the show. After promoting musical talent through the small screen thanks to shows like 'Sa Re Ga Ma Pa Singing Superstar', 'Amul Music ka Maha Muqqabla' and 'Amul Star Voice of India', he is upbeat about the new show.

'Music has always inspired me to explore new avenues. With 'Sur-kshetra', we aim to touch newer heights and create a new musical world. I thank Sahara One, and especially Boney Kapoor to have given me such a challenging opportunity and I am really excited about it,' Singh said in a press statement.

Boney Kapoor, director, Sahara One Media and Entertainment Ltd said: ''Sur-kshetra' is our mega reality music show. Our channel is growing consistently and is on track to reach the top five with plans drawn ahead to scale even greater heights. And to begin with, what better than a show like 'Sur-kshetra', with the best of singing talents from India and Pakistan, competing against each other.'

Auditions will roll out Saturday in Lucknow and Kolkata.

+ 3
9 years ago I wish Ali Zafar and Bilal Khan are a part of this show too!

11 years ago srk and kajol !!!
they were also eternall yaaa

11 years ago Madhubala and Dilip

11 years ago HEMA MALINI AND DHARMENDRA ALL THE WAYYY!!!!!!!!! i fell in love with both of them just watching their chemistry! But mostly hema after watching bagban <3

11 years ago diip kumar and madhubala was superb

11 years ago Although Bollywood has huge success is love stories today, we must not forget the ones from the past! Heres a look at the eternal onscreen couples of Bollywood!