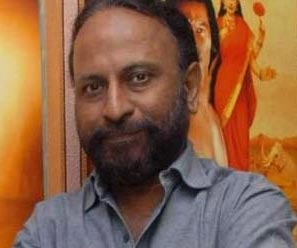 The Indian animation industry is on a growth trajectory given not just the talent pool and lower costs but also the treasure trove of Indian mythology and folklore that can be retold through a new age medium, says filmmaker Ketan Mehta, who believes that "own content" is the way forward.

"We also have to graduate from providing slave labour for international animation product to producing our own content and that would drive the future of the animation industry," Mehta, who has narrated the "Ramayana" in 3D, told IANS on phone from Mumbai.

He is now ready with his next animation project titled "Sons Of Ram: Heroes Will Rise", which draws the viewer to a tale of the Hindu god's two sons, Luv and Kush. Such mythological tales and many more will help in pushing the country's "nascent" animation industry forward, Mehta said.

"Animation in India is still at the nascent stages, but it is picking up rather well."

"Earlier, unfortunately, low quality animation was made, which actually hurt the prospects of animation in India as a whole. But now the quality is improving and I think it is going to take off in a big way," he added.

The Indian animation industry is expected to touch $470 million by 2015, according to the FICCI-KPMG Report 2011. In Mehta's view, the figures are achievable, given that filmmakers can cash in on the classic tales of Indian tradition and all the available manpower.

"India has a treasure house of stories that can be told in animation and I don't find any reason why the Indian animation industry wouldn't grow. Last year, we released a film called 'Ramayana: The Epic' in 3D, which was praised as one of the best animation films. I think on the whole the quality of animation in India is improving."

If used judiciously, the country's filmmakers will soon produce films of international quality, he said.

Mehta, who is in his late 50s, is chairman and managing director of Maya Digital Studios, which has pioneered the art and technology of animation and visual effects in India since 1990s.

"It (animation) is a huge industry worldwide and India is taking time to take off. But I think in the next couple of years, animation of international quality will emerge out of the country," said Mehta, who feels making animation films is a cheaper proposition than investing in commercial entertainers.

"Compared to commercial cinema, animation would still be cheaper (in India). It is also cheaper than the international cost of creating animation and I think that advantage would come to play in the growth of our animation industry," said Mehta, who has made critically acclaimed Bollywood films like "Mirch Masala", "Maya Memsaab" and "angal Pandey: The Rising",

The filmmaker also feels that since "a whole generation of youngsters are growing up on animation now, that also is likely to change the entire scenario".

His studio is also a leading 2D to stereoscopic 3D conversion studio and is also involved in converting Ramesh Sippy's 1975 classic "Sholay" into 3D.

Mehta feels 3D is the future of the country's entertainment industry, and that's the reason behind bringing "Sons of Ram" to the audience in that format.

"3D is gaining ground and it is the future of entertainment as far as I am concerned, whereas animation films provide a special viewing experience. That's why we decided that it would be worth it to convert 'Sons of Ram' into 3D. Earlier Hollywood films like 'Beauty And The Beast' have been converted into 3D; so we thought this would be the right platform for Indian animation as well," he added.