Bollywood star Aamir Khan's incognito stay in a Varanasi hotel has put its owner in trouble, with the police charging the hotel with violating the identity verification rules for guests. 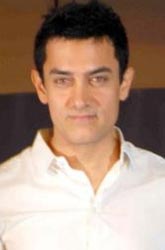 Director General of Police Brij Lal said Wednesday that Aamir Khan checked into Hotel Saraswati in Mughal Serai area of Varanasi Dec 10 evening along with nine other people. They checked out Dec 13.

The popular star had gone to the Hindu holy city looking for his roots -- his mother hailed from Varanasi.

Aamir did manage to trace his family connections and visited his distant kin living there.

In an obvious bid to save himself from being mobbed, he chose to let the rooms be booked in the name of someone else. However his Mumbai address and phone number in the hotel records were correct.

But the usually lax Uttar Pradesh Police suddenly turn into a stickler for rules.

Brij Lal said: 'We do not deny that a popular actor does require some secrecy but entering a hotel under a false name is not done.'

Seven rooms had been booked in the name of 'Akram Shah and party'.

Brij Lal said: 'The hotel has not cared to follow government directives on verification of the identity of every hotel guest. Therefore, the owner is liable to give an explanation or else he would lose his licence.'

The government has, however, spared Aamir. 'Aamir is not to blame. It was the duty of the hotel management to have the correct name of the guests in their records.'