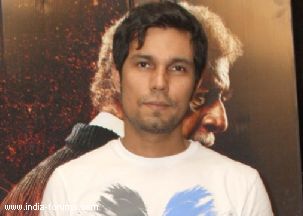 Filmmaker Imtiaz Ali is in no mood to expose Randeep Hooda's character in "Highway".

"We don't want to expose his character right now because I feel there is an inherent mystery in that character," said Imtiaz, who has paired the actor with Alia Bhatt in the road movie.

Although the story of "Highway" was on Imtiaz's mind for the past 15 years, this was the right time to share it.

"Sometime you have a story, but as a director you are not even competent enough to make it. As the audience is now ready to welcome different kinds of films, they don't want to see typical kind of films, I think it is the right time."