View Profile
It is a film he hasn't written, directed or produced. But filmmaker Imtiaz Ali is so touched with Mangesh Hadawale's Hindi 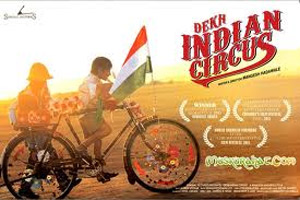 movie "Dekh Indian Circus", a tale set in the rural milieu of Rajasthan, that he has decided to present and promote it to take it to a larger audience.

"I'm trying to help this film reach big circles. It is set in Jaisalmer, and is about two kids and an Indian circus. The story has been narrated in an extremely colourful and emotional manner and it is only better that it reaches to a wide audience," Ali told IANS over phone from Mumbai.

Featuring Tannishtha Chatterjee, Nawazuddin Siddiqui and two children, it is about parents who dream to educate their children amidst hardships.

Ali, who has directed commercial hits like "Jab We Met" and "Rockstar", says he was touched when he saw the film.

"I am not investing any money in the film. I am just helping in its publicity. My love for the simplicity of the story has urged me to spread a word about it so that maximum number of people can watch it," he said.

"It was especially gratifying to see that in times when the world is getting myopic in capturing only the large cities of India, our filmmakers are focussing on the villages and interiors, where most of India lives," added the 40-year-old.

"Dekh Indian Circus" is yet to release in India, but it received international acclaim when it won the Audience Choice best popular film award at the 16th Busan International Film Festival last year.

Ali is positive the film will get a promising reception when it hits Indian screens and added: "Theatrical scene is changing, especially after the response to films like 'Paan Singh Tomar' and 'Kahaani', which have proved that the conventional money spinners can get a tough fight with content-driven projects."

The film's director feels he has been able to capture the country's truth in his film.

"My philosophy is that truth is beautiful. To capture the beauty of truth, you don't need creativity as much as you need honesty and courage. I believe 'Dekh Indian Circus' captures some truth in a light-hearted way and it is this truth that the audiences world over are connecting to," said Hadawale.

The film has been produced by Mahaveer Jain, Anil Lad and Chirag Shah.