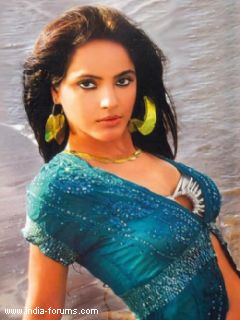 Imtiaz Ali is known to go out of his way for his friends, specially filmmakers. He flew to Patna from here to attend the premiere of actress Neetu Chandra's first production 'Deswaa', a Bhojpuri film.

The premiere of the film, directed by Neetu's brother Nitin, was on Thursday.

Imtiaz got a call from Neetu requesting him to attend the first screening and Imtiaz readily agreed, not realising the premiere invitation was for Patna. But once he grew aware that the premiere was in a different city, he flew right out to Patna for the evening unmindful of his other engagements.

'Patna is my mother's home. So it was like a homecoming to me, a long-due homecoming. I haven't been to Patna for 15 years. So I truly enjoyed the experience. And though I don't speak Bhojpuri, I think it is very important to support meritorious films in different languages,' said Imtiaz whose last release was Ranbir Kapoor starrer 'Rockstar'.

And he got the full rockstar-treatment from the audience. He also got a chance to visit a city where his roots are.

'Imtiaz was mobbed like any big star. And they kept asking him questions about 'Rockstar' which he politely but firmly dodged arguing Neetu Chandra and her films were the focus of attention that evening,' said a source.