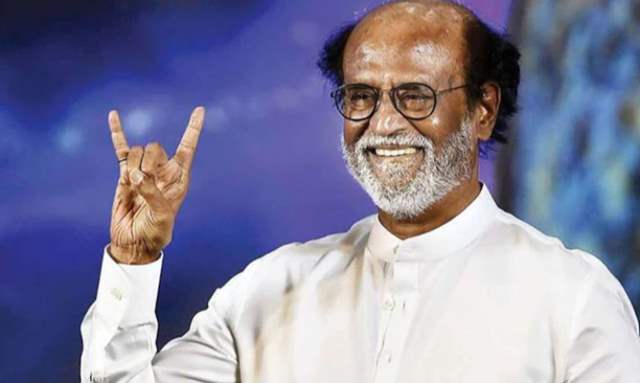 Superstar Rajinikanth has been conferred with the prestigious Dadasaheb Phalke Award for his contribution as an actor, producer and screenwriter. Union Minister Prakash Javadekar announced the news on his official Twitter handle.

The veteran actor received good wishes from his friends and fans all across the globe. In response to all the love pouring in for him, Rajinikanth expressed his heartfelt gratitude and also dedicated his award to his fans. He tweeted,

“My heartfelt thanks to the government of india, respected & dearest @narendramodi ji, @PrakashJavdekar ji and the jury for conferring upon me the prestigious #DadasahebPhalkeAward I sincerely dedicate it to all those who have been a part of my journey. Thanks to the almighty.”

Apart from fans, Prime Minister Narendra Modi also took to social media to congratulate Rajinikanth for winning the Award. He wrote on Twitter:

“Popular across generations, a body of work few can boast of, diverse roles and an endearing personality...that’s Shri @rajinikanth Ji for you.  It is a matter of immense joy that Thalaiva has been conferred with the Dadasaheb Phalke Award. Congratulations to him.”

Rajinikanth was touched by PM Modi’s special message and reacted to the same by writing back, “Immensely humbled and honoured with your greetings and the most prestigious #DadasahebPhalkeAward award respected and dearest Shri @narendramodi  ji. My heartfelt thanks to you and the government of India.”

In a career spanning over four decades, Shivaji Rao Gaekwad, best known by his professional name ‘Rajinikanth’, has been a part of several iconic films throughout his career. He has been honoured with the Padma Bhushan (2000) and the Padma Vibhushan (2016). He is considered to be one of the most popular actors in the Indian film industry and enjoys a massive fan following across states.