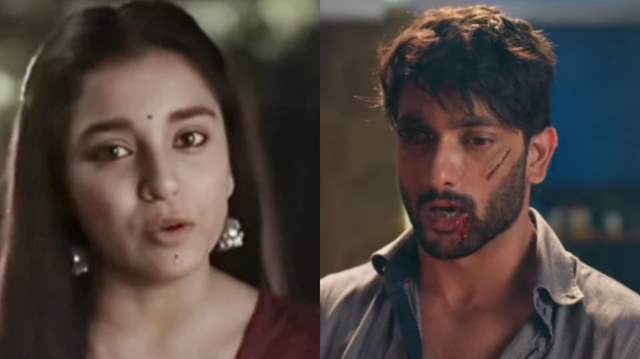 Star Plus show ‘Imlie’ is getting quite interesting with each passing episode. The current track of the show revolves around Imlie and Aryan separating and living their individual lives. Imlie rescues Malini-Aditya’s baby Gudiya and is bringing her up.

Imlie and Cheeni now stay in Pagdandiya and are working as independent journalist. They try to expose the wrong doings in the village and Imlie aims at making Pagdandiya free from the clutches of social problems.

In the upcoming episodes, Imlie does a sting operation to expose the illegal liquor business. The goons catch her and break her camera. They compel her to reveal her identity. She does the same. Cheeni calls police and smartly get the goons arrested. Police asks for proofs and Imlie gets stressed as her camera gets broken. Cheeni comes to the rescue and tells them that she had planted more cameras in the room. Imlie and Cheeni rejoice their win. Cheeni asks Imlie to go to the city and buy a new camera. Imlie gets flashes of her past.

Aryan indulges in a street fight and punishes himself. He wins the fight and returns home. Narmada and Arpita get concerned seeing his condition. Aryan denies taking their help for first aid and does the same all by himself. He recalls the blame put on him by Imlie and gets hurt.

Furthermore, Aryan puts his picture with Imlie on fire and states that someone who burned his dreams shouldn’t be valued.

+ 4
2 months ago Ready for whatever is on the cards . Waiting to see Aryan and little miss first meeting

+ 5
2 months ago Keeping aside who is right and wrong between Arylie. Applaud for Sumbul and Fahmaan

+ 12
2 months ago And the streak continues.Power packed performances day after day ❤️