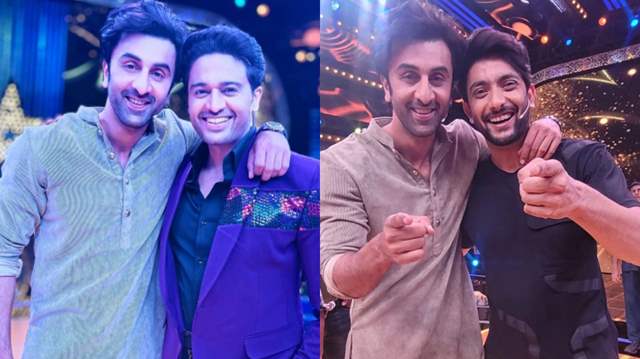 Sundays will continue to be fun with India’s leading Hindi GEC Star Plus, as ‘Ravivaar with Star Parivaar’ is set to entertain its audience.

The dynamic Star Parivaar families will face off against each other in a series of battles, including dancing, and other fun activities, and the winning ‘Star Parivaar’ will be crowned ‘The Best Parivaar!’

In the upcoming episodes, the viewers will witness the handsome hunk and to-be father Ranbir Kapoor gracing the show to promote his movie ‘Shamshera’ alongside Vani Kapoor. Clips of Kapoor on the sets have gone viral and viewers can’t wait to see Kapoor gelling along with their favourite actors from Star Parivaar.

Actor Fahmaan Khan, who is currently seen as the lead in Imlie, was elated and overwhelmed on meeting actor Ranbir Kapoor.

Fahmaan took to Instagram and posted a picture with Ranbir Kapoor. He wrote in the caption, "I have no words to type. I probably said all I had to, to him. So now, I'll just gloat”.  Have a look at his Instagram post

The two of them look handsome as ever in the picture shared. They seem to be all happy and enjoying the moment together. As soon as Fahmaan uploaded the picture, fans were all praise for the actors.

Gaurav Khanna aka Anuj from ‘Anupamaa’ also uploaded picture with the Kapoor lad and the duo looked dapper in the picture. Gaurav wrote: ‘What Fun!’

We’re sure the viewers will be excited for the upcoming episodes of ‘Ravivaar with Star Parivaar’. 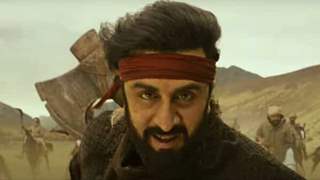 + 5
2 months ago Fahmaan Khan, you are doing a great job as Aryan Singh Rathore. This role was tailor made for you. You are phenomenal. Keep up the good work. Your hardwork and dedication towards your craft is visible. May you reach newer heights. All the very best

+ 5
2 months ago Loved to see Ranbir Kapoor praising Fahmaan Khan. You are doing a very good job Fahmaan. Keep up the good work. You will go places.

+ 2
2 months ago Ranbir was very gracious, funny and quick with the buzzer and answers on this episode. Glad Fahmaan had the chance to meet him. He was a little emotional about it. And how about Ranbir giving a shout out to Arjun about being schoolmates. Loved the episode.

+ 8
2 months ago bae and fae? i never thought i would be jealous of ranbir.

+ 5
2 months ago You can gloat gloat and gloat Fahmaan.

+ 10
2 months ago Waah happy for Gaurav and Fahmaan, must be a fan moment for both to meet Ranbir.