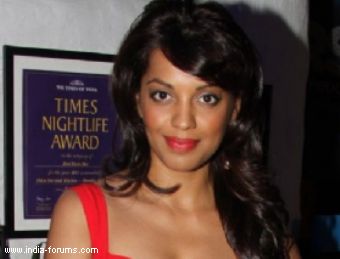 Model-turned-actress Mugdha Godse reveals that she is a very religious person and believes in universal power.

"I'm a very religious person," said Mugdha who was seen in films like "Fashion" and "Jail".

Commenting upon religion and conflicts over it in the country, she said: "I believe in universal power and positive energy. I'm a follower of Lord Shiva. I don't follow any philosophy or a religious guru. Hinduism has the freedom to look up to any religion or philosophy, so whatever I find positive, I try to learn from it."

"I think religion is a man made thing. We should believe that religion is made for human kind and by following it we can be happy, so rather fighting over it, we should focus on happiness by practicing it," she added.

Asked if she will be interested in doing religious movies in future, she said: "Of course, if I get a role, I would love to do it."

The actress, who hails from Pune, was in the capital to help children learn about the importance of planting trees on 'Earth Hour' day. The objective of the event was to translate a serious message of deforestation in a tone that is non-preachy for children.

"Since the future of any country is its youth, we thought of involving kids and to teaching them the importance of growing trees and plantation," Mugdha said.

An international initiative, Nickelodeon, The Big Green Help, was meant to inspire kids to play an active role in saving planet earth.

"My mother always used to tell us to save electricity, she used to force us to save water and use it wisely. I'm from Pune and we have a huge garden, where my mother planted a lot of trees. In Mumbai, I have a small garden."

She is also doing "Oh God Saare Hain Fraud", an upcoming comedy with Shreyas Talpade. Ashu Trikha is directing it.