New Delhi, May 2 (IANS) Actress Chitrangada Singh, who is returning to Bollywood after a three-year hiatus, says she has walked out of 'Delhi Belly' starring Aamir Khan due to creative differences with the makers of the film.

The actress, who shot to fame with 'Hazaaron Khwaishein Aisi' (2003) and is now doing Onir's 'Sorry Bhai', also says she will never do an item number.

'I have nothing against item songs, in fact I love watching them. But I feel there is no point in being part of any film for just five minutes. As an actor, I can do much more,' Chitrangada told IANS here.

Putting rumours about 'Delhi Belly' to rest, she added: 'I am not doing the film any more.'

'I have left the film due to creative differences. I have nothing personal against the film's makers. They wanted to stick to the script without making any changes and it did not suit me,' she added.

Chitrangada admits Aamir is the 'most fabulous' actor in Bollywood, but does not regret losing the opportunity to work with him.

'I have no regrets about it. I am sure I will get many more opportunities to work with him in future and I would, in fact, love to.'

The actress was in the capital to be part of a panel discussion where she spoke about the contribution of the Indian film industry towards a strong and contemporary image of India.

Casually clad in an aqua coloured kurti teamed with jeans and a white tote bag and wearing minimal make-up, she defied the conventional glamour-struck, high-on-bling image of other Bollywood actresses.

Chitrangada believes, 'It just depends on who you are and how you wish to look in public. I really don't feel that I have to fit into a specific slot of people who dress up all the time. I like to be myself.'

The actress, whose 'Sorry Bhai' is slated for a July release, feels it is more important to play quality roles than concentrating on the number of films.

On being asked if there was one role that she would have loved to do, she gushed with excitement and replied, 'Jodha's role in 'Jodhaa Akbar'.'

Currently she is shooting for Sudhir Mishra's 'Aur Devdas' where she will be playing the character of Chandramukhi. She divulged that she is in talks with three other directors for her future projects.

She is looking forward to working with directors like Ashutosh Gowariker, Farhan Akhtar and Sanjay Leela Bhansali among others. Bhansali, according to her, portrays 'true Bollywood' in his films. 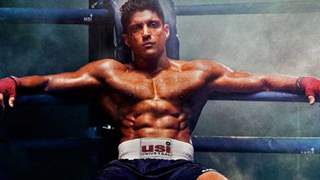 Toofaan Trailer: Farhan Akhtar’s transformation from an underdog to ...

exclusive
Exclusive I’m paired opposite Farhad as now Amruta is positive in ‘Mehndi ...

exclusive
Exclusive Kaveri Priyam on Ziddi Dil - Maane Na: It is different from the ...