'Thilakan accused me of creating hurdles for him in the industry but it isn't true. I'm innocent. I was planning to ignore his allegations but I was pained after his comments were flashed on all TV channels,' Venu told reporters here.

Thilakan Thursday said back-stabbing in the Malayalam film industry was worse than in politics and Venu was leading a team that was out to destroy him. The thespian was chosen for a special award by the jury of the 53th National Awards that were announced Tuesday.

'Thilakan is one of the senior-most artistes in the industry and such statements lower his stature. He should cite precise instances when I have tried to harm him,' Venu said.

'I am prepared to have a dialogue with Thilakan with the help of a mediator to clear all misunderstandings,' Venu said.

However, Thilakan stuck to his stand. 'Venu is a good actor but should desist from acting in real life. He should stop worrying about my stature, and instead give up on loose talk. Let there be a public discussion on the issue that I have raised,' he said. 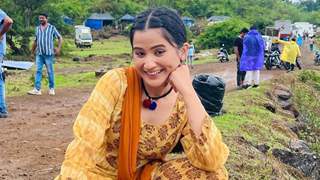