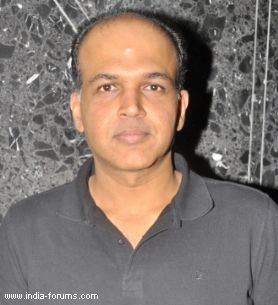 After bringing films like "Lagaan(2001)" and "Jodhaa Akbar", with a touch of history, to Indian screens, filmmaker Ashutosh Gowarikar is ready to roll the cameras for "Mohenjo Daro", set in the Indus Valley civilisation. He says he's loving the challenge of going "further back in time" with each project.

In an interview, he speaks about the film, his research for it and about working with its lead actor Hrithik Roshan.

Q. Why did you decide to make a film on the Mohenjo Daro era?

A. Simply the lack of information about that period, and therefore the challenge of recreating lives about which little is known. There was very little on how they lived, what they ate, how they felt...Whatever information is available on the era is minor and superficial. That lack of information about the period troubled me on a subconscious level. I decided whenever I get a story to tell that can be located in those times, I'd grab the opportunity.

Q. So you have conceived a fictional story set in Mohenjo Daro?

A. That's right. I feel if a story doesn't have resonance to current times it just doesn't connect with the audience.

Q. I remember when you were doing "Lagaan", I used to wonder how the contemporary audience would connect with a story from colonial times?

A. Yes, even in "Mohenjo Daro", I have a love story to tell. The story featuring Hrithik Roshan is fictional. But the period is real. The four walls of the house are real. The people inside the house are fictional. I am very excited about it.

Q. In "Jodhaa Akbar" you did a historical. In "Lagaan" you did a fictionalised account of history. Now in "Mohenjo Daro", will you fuse the two formats?

A. Yes, you can say that. When I researched and read up on the various cities that existed during that period I realized every city in Mohenjo Daro had its own story to tell. It took me three years to piece together the entire civilisation through various cities and then weave a love story into it. Incidentally, I seem to be going further and further back in time with each film. "Lagaan" was Modern India. "Jodhaa-Akbar" was Medieval India. Now "Mohenjo Daro" takes me to Ancient India.

Q. What is your fascination with the time gone by? Is it a sign of disenchantment with present times?

A. My first two films "Pehla Nasha" and "Baazi" were set in modern times. I find it fascinating to recreate another period. I find it very challenging to visit different cultures and eras in the past. I wouldn't want to return to the same era twice. And this fascination with the past has got nothing to do with the times we're living in.

I like to explore different cultures. Whatever the backdrop, the behaviour and attitude of that culture has to be recreated in minute detail.

Q. How do you prepare yourself for the challenge of recreating an entire era from the past time after time?

A. It's a responsibility to recreate a manner and mores of a culture. If I've taken on the responsibility of recreating a culture, then the work required to get the details and nuances right follows. There is no escaping the personal joy of that journey undertaken into another era. Luckily, I have actors and technicians who believe in my vision. The journey starts with me. But I need many others to accompany me to get to the chosen destination.

Q. Why have you chosen Hrithik Roshan as the lead?

A. Let's put it this way. Just by his presence in "Mohenjo Daro", he will make the entire city and civilisation believable. Likewise, I may have succeeded in creating the Mughal era without Hrithik in "Jodhaa Akbar", but the era would not have come alive without him. I am glad we're back together. The film will go on the floors in three months.

Q. And is Sonakshi Sinha your leading lady?

A. I don't know how a section of the media came to that conclusion.

Q. You are also immersed in your television serial "Everest"?

A. For me, shooting a television serial is no different from shooting a film. The grammar of storytelling doesn't change much. Neither does the question of fulfilling audiences' expectations. In cinema, they have the option of leaving the theatre. On television they can change the channel.