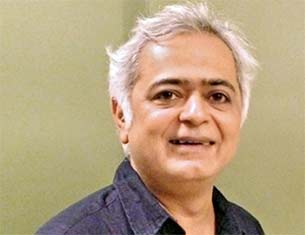 Filmmaker Hansal Mehta, who was among those from Bollywood who signed 'An Appeal to Voters' urging them "vote for the secular party", Friday said he is "disappointed" with the victory of the Bharatiya Janata Party (BJP) and its prime ministerial candidate Narendra Modi in the general election.

However, he hopes the new government brings only "good news" for the nation.

"What do I say? I am disappointed," Mehta told IANS when asked about his view on BJP's landslide victory.

"I hope the new government brings only good news to our nation and no bad news. So many people have voted for him (Modi), so we hope he wins their trust and faith," added the "Shahid" fame director.

Mehta, along with names like Imtiaz Ali, Vishal Bhardwaj, Zoya Akhtar, Nandita Das, Shubha Mudgal, Swara Bhaskar and Mahesh Bhatt, made an appeal mid-April to "dear fellow-Indians", asking them to take cognisance of the importance of protecting the "country's secular foundation".

Here's the full text of the appeal:

"The best thing about our country is its cultural diversity, its pluralism - the co-existence of a number of religions and ethnicities over centuries, and hence the blooming of multiple streams of intellectual and artistic thought. And, this has been possible only because Indian society has prided itself on being essentially secular in character, rejecting communal hatred, embracing tolerance.

Today, that very sense of India is vulnerable. The need of the hour is to protect our country's secular foundation. Undoubtedly, corruption and governance are important issues, but we will have to vigilantly work out ways of holding our government accountable to that. However, one thing is clear: India's secular character is not negotiable! Not now, not ever.

As Indian citizens who love our motherland, we appeal to you to vote for the secular party, which is most likely to win in your constituency.