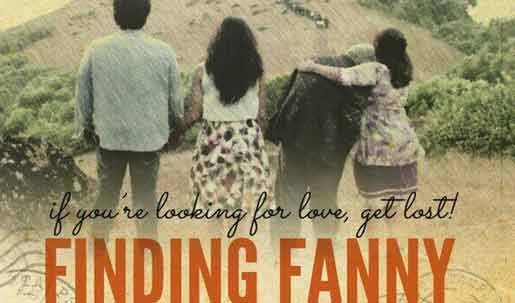 Does Finding Fanny music sound different to your ears? It's the result of the creativity of French composer and multi-instrumentalist Mathias Duplessy, who composed for the film sitting in Paris.

"I love to work here (in India), the people here are great and the (entertainment) industry is growing fast. I'm crazy about Indian culture and also because quality of work is so important to people here," Duplessy, who has worked on Indian films in the past too, told IANS in an interview on phone from Mumbai.

He was in the entertainment capital of India recently to talk about the tunes he has created for this week's release "Finding Fanny", a movie about five oddballs on a road journey.

To create the "Finding Fanny" song "O Fanny re", he collaborated with Sufi singer Mukhtiyar Ali, who has penned the song. They don't understand each other's language but their love for music brought them together to create the songs which are 'desi' at heart but European in their sound and feel.

Sample "Shake your bootiya" and "Mahi ve" from the Sony Music album to know what that means.

"Finding Fanny" fell into Duplessy's lap via director Homi Adajania, whom he had met four years ago.

"I felt a lot of passion in him about his story and characters, and I came down to Goa from Paris to understand the locations. It has a very Portuguese feel to it.

"So I took inspiration from Portuguese, Italian and French music of the 1960s and 1970s to create tunes for the film," said the composer, who enjoys working with filmmakers who are contributing to the new wave of Indian cinema.

Duplessy, who's popular for knowing how to play as many as 40 instruments, has earlier contributed to Indian films like "A Fakir of Venice", "Mumbai Cha Raja", "Peepli Live" and "Delhi in a Day".

He believes the "evolution of cinema" has created a "big chance" for global music artists to use their expertise in India.

"For long, people used to think there's only the Bollywood style of music in India. But gradually, there's this another face of cinema that's coming up and it's encouraging a new way of thinking," said Duplessy, who has grown up listening to the tunes of Zakir Hussain and Ravi Shankar, and has composed for animated movies, theatre and dance shows the world over.