He's been in showbiz for nearly three decades and has bagged three national awards, but multilingual star Mithun Chakraborty has no qualms confessing that he is an 'irritating actor'.

'I'm a very irritating actor. I keep on asking too many questions till I am satisfied with the answers. I have to be very clear-cut. If a director is not familiar with my working style, he is sure to go mad,' Mithun, who is currently doing a children's comedy, told IANS in an interview. 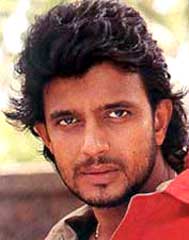 Featured Video
'When you play a certain character then you have to be in it and I can't move forward until I know where the character is going in a film. There has to be uniformity throughout the film,' said the 58-year-old, who won his first national award for his debut film 'Mrigaya'.


Mithun was in the capital to promote his forthcoming venture 'Zor Lagaa Ke...Haiya', where he plays a national-award winning sculptor who lives as a vagabond.


He says getting make-up for his character was the most difficult part.


'It was an absolute torture for me. I sport only one robe in the film and a wig and a bushy beard which weighs around 1.5 kg and was put through a lot of gum. I could eat only after 14 hours of shooting. I was allowed to drink water with only a straw, which was very irritating,' he said.


Prior to its release in India, the movie has travelled to various film events and won four international awards at the Mexico, Houston, Big Island (Hawaii) and Las Vegas film festivals.


Mithun has shot a promotional video for the film and teamed up with his former co-star Moon Moon Sen's daughter Riya in it. Mithun and Moon Moon worked in films like 'Mil Gayee Manzil Mujhe' and 'Sheesha'.


'This is just the beginning... I'm going to work with even her (Riya's) daughter. Just wait and watch. That's only two generations and I plan to take it further. I will continue acting longer than anyone can imagine,' Mithun said.


Asked what keeps him going, he replied: 'My positive attitude and focus. I don't carry any hang-ups. If a film flops, it flops... move on. I don't live for tomorrow. Today is the day for me.'


Mimoh, Mithun's eldest son, too ventured into films with 'Jimmy', which turned out to be a flop.


Commenting upon his son's career, he said: 'He is a very good dancer and learning his skills as an actor. So what if the first film didn't work? He has a long way to go and fight a long battle.'