From his first film 'Bobby' (1973) till now - Rishi Kapoor had a smooth journey in Hindi films and admits that he has been a blessed actor as compared to many others.

'I'm very satisfied with my career graph. I have been a blessed actor. My first film as a hero, itself was a hit and then I went on to play the leading man for 27 years. More than 25 heroines have made their debut opposite me,' Rishi told reporters here.


The actor was in the capital to promote his forthcoming film 'Chintuji', releasing Sep 4. 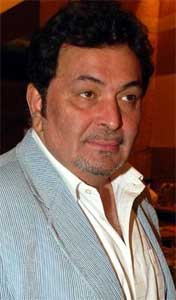 Featured Video
Loving your country is better than loving a girl: Manoj Kumar


'I really want to make films on three subjects - Netaji Subhas Chandra Bose, Chandrashekhar Azad and another one on the partition of India. All are patriotic themes because I feel that patriotism is not a bad thing. That is also love. In fact, I feel loving your country is better than loving a girl,' the thespian told IANS in an interview.


The 71-year-old completed his golden jubilee year in the industry.

Actor-producer Suniel Shetty whose film 'Daddy Cool' recently hit the screens, claims he is a very cool father and is just like a friend to his children.


'I think I am a very cool daddy because my kids are more like my friends. I was always aware of the fact that I didn't want to get stuck with the problem of any generation gap so I rather grow up with them,' Suniel told IANS.


'I spend a lot of time with them. Showering them with affection but at the same time being very particular of what I want. So I think we are friends and that's why we share a fantastic relationship,' he added.


The 48-year-old actor has two kids, Ahan and Athiya.