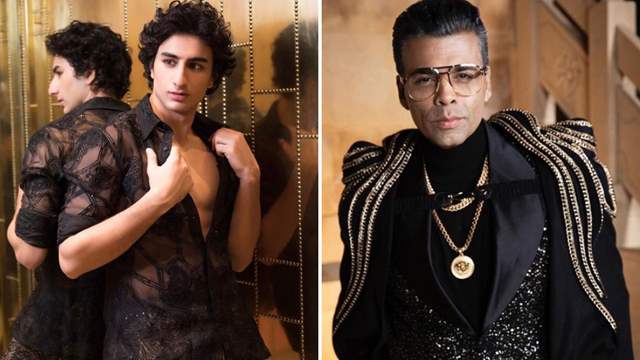 Saif Ali Khan’s older son Ibrahim Ali Khan has been making headlines with his frequent visits to Karan Johar’s Dharma Productions office in Mumbai. A lot has been speculated about his Bollywood debut as fans wonder if the handsome young boy will follow his father’s footsteps and enter the movie business.

Well by the looks of it, Ibrahim seems to be interested in the showbiz as he has come on board as an assistant director on Karan Johar’s next film with Ranveer Singh and Alia Bhatt.

A source close to the development has confirmed the news to Pinkvilla and stated that the star kid wants to understand filmmaking and then make a choice for his career.

But no, there are no plans of launching him at present. He has come on board the film, just because he wants to understand the process of filmmaking. He is a young kid, still studying and yet to even decide if he wants to be an actor, director or something else.

Speaking of the untitled project featuring Ranveer Singh and Alia Bhatt, the duo is reuniting after the mega success of Gully Boy for KJo’s romantic drama. While Ranveer is said to have an uber cool modern look in the film, Alia’s character is said to be slightly subtle.

The source also adds that Karan Johar was exhausted after working on Takht, which is currently on the backburner. For his next project, the filmmaker wanted to make a typical Dharma film: light hearted romantic comedy with no social message.

The film is set to go on the floors by June-July and will be shot at some real locations in India. Currently, Ranveer Singh is working on Rohit Shetty’s Cirkus and Alia Bhatt is shooting with Sanjay Leela Bhansali on Gangubai Kathiadwadi.