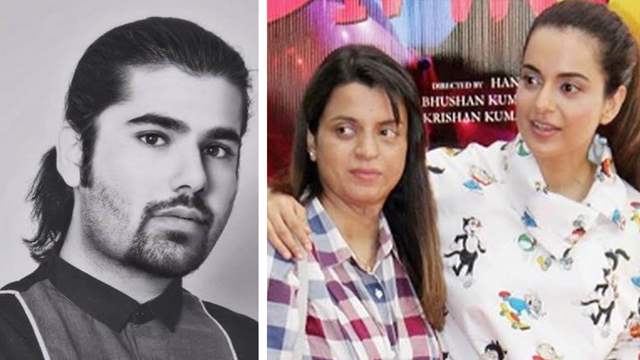 On Tuesday, fashion designers Anand Bhushan and Rimzim Dadu pledged to ban actress Kangana Ranaut and vowed to never work with her ever again in the future. The two fashion designers also announced that they will be deleting all previous collaboration posts with the actress from all their social media handles.

Also Read: Kangana Ranaut Banned: Fashion designers pledge to not work with her ever, Delete collabs

Now, Kangana’s sister Rangoli Chandel has reacted strongly to Anand Bhushan’s decision and decided to take the legal route to sue him.

Rangoli took to her Instagram story and wrote: “R u serious @anandbhushan who r you even I want to sue you if u were using @kanganaranaut pics illegally !!”

“No body knows you @anandbhushan please sit down don't try to be famous at others cost!!”

In another post, Rangoli Chandel lashed out against Anand Bhushan and stated that she will take him to court for dragging her sister Kangana’s name.

“This person Anand Bhushan is trying to get mileage on Kangana's name we are not associated with him in anyway we don't even know him, many influential handles are tagging him and dragging Kangana's name with his brand, Kangana charges crores for any brand endorsements but editorial shoots are not brand endorsements, neither we choose or select those clothes, magazine editors pick those ensemble looks, this small time designer is using India's top actress name to promote himself I have decided to sue him he will have to prove in the court how and where we had any endorsement with him now that he is claiming to disassociate himself. see you in the court.” 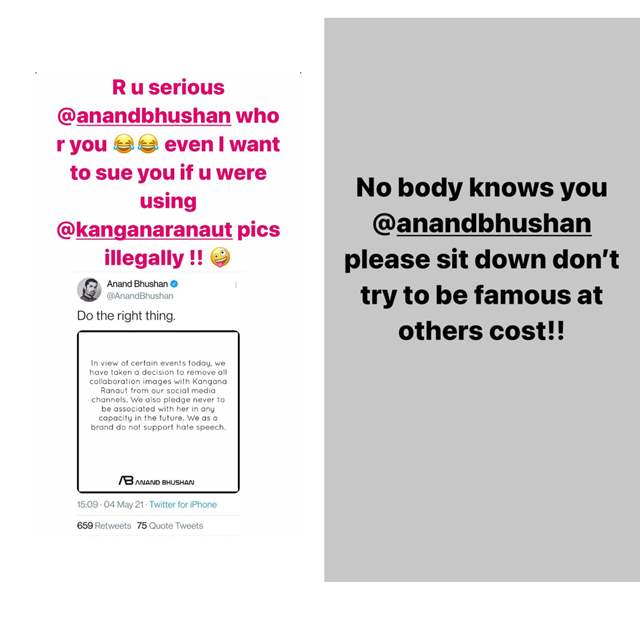 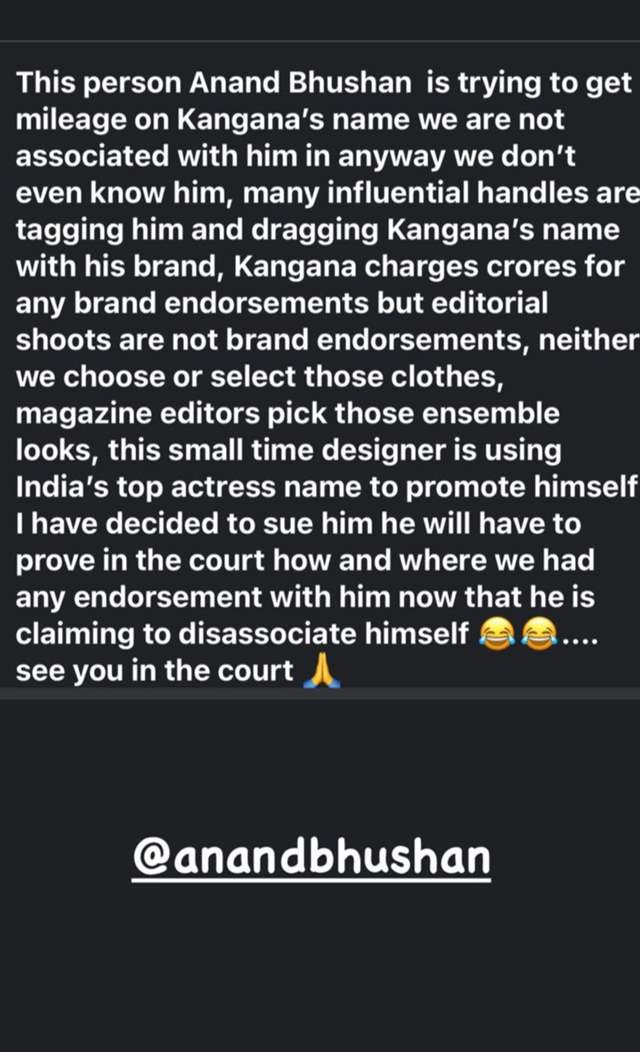 6 days ago Who is the crazier one of these two samples? competing sisters try to go one up on idiotic comments. Any zoo can accommodate them? Please? Pretty please??

6 days ago Both sisters are exactly the same... annoying

+ 5
6 days ago Hands up if youve been personally annoyed by kangana and rangoli.