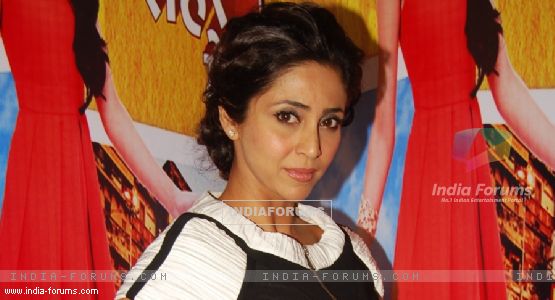 Seasoned actress Gautami Kapoor, who has given an impeccable performance in shows like Kehta Hai Dil, Kyuki Saas Bhi Kabhi Bahu Thi, Khelti Hai Zindagi Aankh Micholi etc. is now ecstatic for her newly launched show Tere Sheher Mai on Star Plus. With Tere Sheher Mein she is going to break her Bahu clad avatar and will be seen in a glamorized look this time.

The first reason was the wonderful script, though it's the role of a mother. Its not that I am just standing in the background, essaying an ortho-backed role. Lot of the time the story moves ahead because of the mother, its wonderful that I am offered a role which is very substantial.

Secondly it was Star Plus. I have done two of my biggest shows on Star Plus and this is my third one. Hopefully, this will also be as big as the other two shows.

Third reason being DKP and Rajan Shahi ji. Since last five years we have tried to work together but due to some reasons it never worked out. I just had to meet him to break the jinx, the script was so powerful that I just couldn't say No.
How was your experience shooting in Baneras and Paris?

It was wonderful to shoot in Paris, it was my first time there. I heard that there people are not so friendly but when were shooting there, nothing seemed like that. We got a lot of help from the locals, when I saw the Eiffel tower it was just overwhelming. It was one of the most romantic sight I have ever seen in my life.

Baneras was also wonderful because we have shot on the banks of the Ganges. It was really nice to see its purity and cleanliness. I was pleasantly surprised to see that it was so clean, I feel that Modi ji has really done well with Swach Bharat Abhiyaan. I cannot forget the taste of Kachoris which I gorged on  in Baneras.
What different will audience get to see in this show?

Yes, it is different because it is about reverse migration, lot of time we see stories about people who come from small town to big town. In our show, we too come from a big town to a small town. Also other message is to the youth who at times want instant success, so this a story which tells them that if you want to be successful you have to work hard.
How new and different is your character?

I have worn western clothes on the show in the beginning which I have never done on Indian television. I want to see audience's reaction to it, for me this is very different.
Lastly, what do you want to say to your fans?

Well, I only wish that they like our show and they appreciate it. We have really waited long to get this show on air and we have really worked hard for it.
Phalguni Sharma

+ 5
6 years ago I remember her wearing western outfit for her role as gayatri in lipstick! although it was very brief!
great 2 see her back on screen though!

6 years ago Gautami is a very nice actress...love her acting since Ghar Ek Mandir...
Liking her in TSM...perfect mother...and yeah her western avtaar in initial epis is coool...