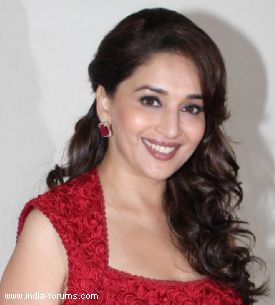 If Madhuri Dixit oozes talent, she is equally good at recognising and praising genius. Vidya Balan is the case in point.

Madhuri, who has replaced Vidya in the "Dedh Ishqiya", says that she not only likes the latter's body of work, but was also the first one to talk about her talent.

Seen as conniving, scheming and sensual woman, Vidya wowed all and sundry with her performances in Abshishek Chaubey directed dark drama "Ishqiya".

Praising the actress, Madhuri said: "Vidya is wonderful. She is a lovely actress and I not only liked her in 'Ishqiya', I also liked her in her first movie ('Parineeta')."

"I was the first one who talked about her in an interview, saying she is a good actress. I loved her in 'The Dirty Picture' and 'Kahaani'. She is very talented."

"Dedh Ishqiya" is coming out Jan 10 and it will see Madhuri, 46, in a completely different avatar. Helmed by Chaubey, the film also stars Naseeruddin Shah, Arshad Warsi, who were there in the original, along with Huma Qureshi.

Kangana Slams Anushka for Raising her Voice Against ...
12 minutes ago

'RadhaKrishn' Fame Vaidehi Nair Roped in For 'Brahmarakshas ...
17 minutes ago