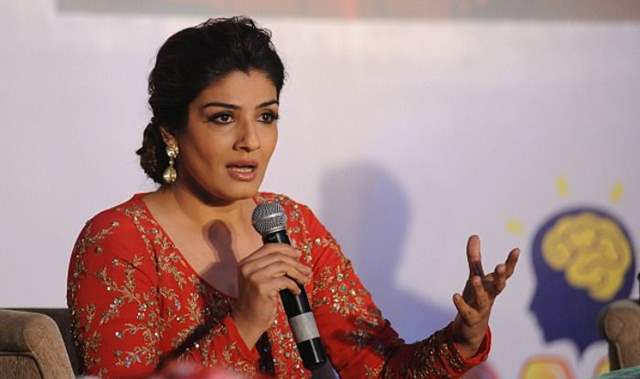 Sushant Singh Rajput's sudden demise has left the whole nation in a complete state of shock and ignited the nepotism debate and also brought to light the existing Bollywood camps.

Amid all this, many celebrities have come forward and revealed their struggle stories of trying to create their identity in the Hindi film industry, their ordeal while dealing with the biggies and the rather dark realities of the glamour world.

On similar lines, Raveena Tandon, too opened up and revealed about her bad experiences she faced due to not being a part of any camp or having any godfather. She revealed her story in her tweets.

Now, in an interview with Pinkvilla, the actress has made some even shocking revelations.

Raveena revealed how she was considered arrogant since she refused to sleep around with heroes or having affairs.

“I didn’t have godfathers, wasn’t part of camps and didn’t have heroes promoting me. I was not sleeping around with heroes for roles or having affairs. In a lot of cases, I was considered arrogant because I wasn’t pandering to what the heroes wanted me to do - laughing when they wanted me to laugh, sitting when they asked me to sit," said the actress.

She added, "There used to be these cabals which used to have the heroes, their girlfriends and their journalist chamchas. What used to shock me was that a lot of these female journalists would do something like this to another woman. When they now stand up and say, we’re feminists and writing ulta-feminist columns." Raveena, however, chose to pay no attention and never lashed out at those people.

In the past, Raveena had tweeted, "'Mean girl' gang of the industry. Camps do exist. Made fun of, bn removed from films by Heroes, their girlfriends, Journo chamchas & their career destroying fake media stories. Sometimes careers are destroyed. U struggle to keep afloat. fight back. Some survive Some Dont. #oldwoundsrevisited."

Karan Chabbra talks about working with Vikrant Massey and ...
49 minutes ago

Aly Goni questions 'what about justice for Sushant Singh ...
an hour ago

exclusive
Exclusive Barun Sobti on being away from TV: My problem is the ...
an hour ago

exclusive
Exclusive Jaan Kumar Sanu on keeping up with Bigg Boss 13, looking up ...
an hour ago

Subuhii Joshii loses weight all by herself
2 hours ago

Deepika Padukone Arrives at NCB, to be Questioned over ...
2 hours ago

Drew Barrymore Reunites With Ex-Husband After Not Speaking ...
10 hours ago

Chris Rock Jokes About Shooting for 'SNL' Premiere From ...
13 hours ago