From hosting Sa Re Ga Ma eight years ago to judging Little Champs, it's been a homecoming of sorts for Sonu Nigam. "Yes, I was away from my baby for eight years. I wanted to check on her if she was OK in my absence," he smiles. 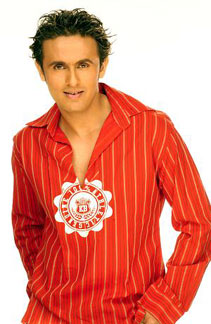 Featured Video
Interestingly, while he refused to judge the third season of Indian Idol, he agreed to judge Little Champs. Why? "Three reasons. I refused Idol 3 because my wife was pregnant and I was going to be in the US for some shows, so we decided to have our baby there. Secondly, when you have been part of a show for two seasons, it tends to get a bit monotonous and methodical. The spontaneity is lost. Thirdly, I felt Sa Re Ga Ma which was originally my baby had seen a lot of mind-games of late. The show had become a platform for bickering among the judges, gimmicks, controversies, fights etc. I realized it was reduced to a drama. I wanted to restore the soul and purity of the show, so I approached them to let me be a part of Little Champs. That's why I got someone like Suresh Wadekar to be my co-judge because I think he truly understands music. We both don't have to pretend we are fighting because we genuinely don't fight. We get along very well and we are there only for music", explains Sonu.

Tell him he's mellowed down as he very politely expresses his complaints with the little singers and he says, "I was always like that. There are two ways of commenting on someone's singing. Either you go ballistic in the guise of being frank and straightforward and reduce the other person's self respect to shreds, or you be more tactful. There is no question of me hurting anybody's sentiments or dignity."

Talk veers to the show's host Aditya Narayan. "I am very fond of him. I have seem him grow. I would take him, Rahul Vaidya and a few other little children with me for a ride in my jeep. I feel proud to see Aditya today, so confident."

His song 'Main agar kahoon' in Om Shanti Om has been received well. So is less more? "Definitely! What's the point of calling yourself the busiest singer in town when all people remember are three to four songs out of the 100 you have sung? I would rather read more books, listen more to music, travel, watch films, and enjoy life than record 10
songs in a day." Coming up next, are Khoya Khoya Chand, Striker and Jodhaa Akbar.
An album on the anvil? "Yes, it's a hardcore classical album, with a commercial flavour yet commercial. It's turned out very well."

Finally, how is papahood treating him? "Very well. My wife and I are very hands-on when it comes to our son Nevaan. We don't have a cook or a maid. So she cooks and I change his nappies, clean his potty and put him to sleep. It's blissful. He's three and a half months old and yes, I do sing to him. I sing this special song which I have made for him and the minute he hears it he snuggles closer to me and goes off to sleep."

14 years ago Ohkay so now its going to be without the songs..well that sucks then who wants to watch history in video without any entertainment (well i do to) but then again its going to be dull and long.

14 years ago wow long movie, it should be no more then 3 hours.

14 years ago Ooh! I love him! Love him! Love him!!!
He is an outstanding performer, extremely skilled artist and a genuine judge - he is not there for the melodrama, but for promoting music and to ensure that high standards are continuously raised even higher...

14 years ago Thank you for sharing this nice interview. He and sureshji is handling the kids very nicely, strict in their judgement, on the other hand giving the comments in a very nice way.

What a sweet article, I love Sonu as a judge there cos he is so fair and a fantastic judge and singer.. thanks so much!

+ 3
14 years ago What's the point of calling yourself the busiest singer in town when all people remember are three to four songs out of the 100 you have sung?


He makes sure not to leave a chance to pull leg of his best friend. =))

Sonu has proved he is one of the best singers, the best host and now the best judge!!!!

14 years ago I do sing to him. I sing this special song which I have made for him and the minute he hears it he snuggles closer to me and goes off to sleep.
Awww thats soo cute!!! Daddy Sonu is so sweet! Sonu Nigam really is a great judge!! Hats of to you!

+ 2
14 years ago Thanks! Sonu is one of the best singers around. I don't watch SRGMP Lil champs, but what he said about the previous season is absolutely right!