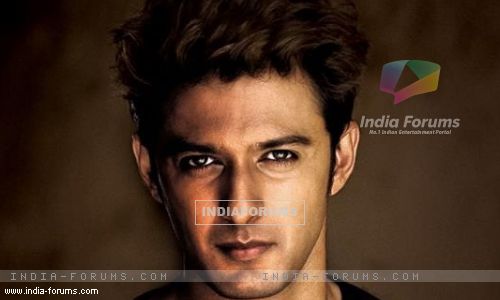 Known for playing the spoiled brat in Star Plus' Ek Hasina Thi, Vatsal Sheth, who got popularity through his negative stint, is relaxing a bit these days as his show has just ended. While he was quite applauded for his role, Vatsal speaks to us about the memories associated with the show, experience and much more...

Talking about his experience Vatsal says, "My journey with Ek Hasina Thi has been wonderful. It has been very close to my heart. I really made some good friends like Sanjeeda Shaikh, Ayub Khan, Simone Singh more then co-stars they became close friends. Playing the role of Shaurya was a challenging job and I really learned a lot while enacting it."
Vatsal says that he took lot of efforts to portray the character as he wanted it to create an impact on the viewers, "It was really difficult to play a bad guy in the show, when I was approached for this show, I was reluctant that whether I will be able to do my job efficiently or not. I have taken a lot of efforts to go in that zone and had to adapt well. His style stands out different, the way he talks on phone,the way he walks required efforts. My whole idea was that the image of Shaurya should create an impact on audience and I am happy that I am successful doing it."
What difference does he find in doing TV and films? "As an actor I feel it was not very different to do TV, as you have to do the same things then be it on Television or Bollywood. But yes it is different schedule wise as in television you have a hectic and tight schedule rather than films."

So will he miss the show? Vatsal says, "Yeah of course, I am going to miss the show and people. When the show was ending I was sad to know that we will not shoot anymore and have fun on the sets .I am taking many memories with the show."
Lastly he concludes with a message saying, "I just want to thank them for accepting the concept which was something different for them on Indian television. Also I thank them to accept me in the role of anti hero, its because there love the show got praises."
Phalguni Sharma

+ 3
6 years ago vatsal seth was awsum in eht. he really made us hate shaurya

+ 4
6 years ago Vatsal did do well in Ek Hasina Thi as Shaurya. Miss his pics which he used to upload with co stars on Twitter. Please also give interview with Simone Singh who shined in Ek Hasina Thi as Sakshi Goenka.
Infact Wassup TV should have given video of whole cast!

6 years ago Love you, Vatsal. You are an amazing actor. Hope to see you soon again in a positive role with Sanjeeda.