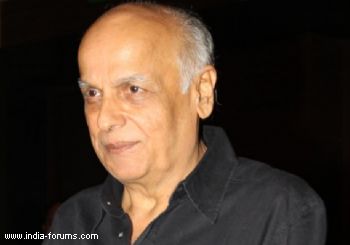 Filmmaker Mahesh Bhatt has revealed that he wanted his upcoming production "Blood Money" to be titled "Kalyug 2" but couldn't do so due to stiff opposition from his associates.

"Blood Money" talks about a small-town boy who enters the diamond export business and is slowly sucked into the underworld. The film also stars Amrita Puri of "Aisha" fame.

Bhatt also revealed the reason behind shooting the movie Cape Town when originally they wanted to can it in Antwerp, Belgium.

"This picture was going to be shot in Antwerp in Belgium. But people there of Indian origin who, I think, hailed from Gujarat, took exception to this particular story because they thought they would be shown in bad light. They thought the villain is loosely based on Bharat Shah, which is not true. They, in fact, ganged up against us and stopped us from shooting there. That's why we had to shoot in Cape Town," said Bhatt.

Urmila Matondkar Does Not Regret, But Ready to Apologise for ...
12 minutes ago

Shabana Azmi speaks about recovering from her Devastating ...
35 minutes ago

Who is AK in Sushant's Unseen Video that has Surfaced? Watch ...
39 minutes ago