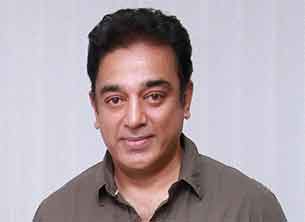 Actor-filmmaker Kamal Haasan, who has been named for a Padma Bhushan, says it is a "good fortune" that he has been chosen for India's third highest civilian honour, but the artiste in him will only be satisfied when he takes Indian cinema to the international arena.

"I think it's by sheer chance and my good fortune that I have been chosen for the award. But as an artist, awards don't bring me satisfaction and happiness. I want to take our cinema to the international arena. We have achieved that feat in other fields, but commercial success is not everything," Kamal told IANS at his residence here.

"I see the award as an incentive to continue doing my good work. I think it's an honour for the work I will do in the future. There are thousands who are more deserving than I for this award," he added.

The 59-year-old, who has starred in over 200 films across multiple languages in over five decades, dedicated the award to all those who are responsible for his success.

"I can't solely take credit for the award. I haven't done anything by myself. My success, achievement, is because of the efforts of so many others. I feel they deserve the award more than I do. Therefore, I would like to dedicate it to them," he said.

Kamal, who was awarded the Padma Shri in 1990, said that the long gap between the two honours doesn't bother him.

"As an actor, his or her work will be recognised when the time comes. It's not some remuneration that you expect it come to you promptly. I'm happy that India has recognised my talents and has awarded me. I didn't mind waiting," added the actor, who was named for the Padma Bhushan Jan 25.

It was on the same day in 2013 that his film "Vishwaroopam" got embroiled in a controversy.

"I haven't changed since last year. I'm still in the same state of mind as I have been since a youngster. The past has shaped me, groomed me as an individual and as an artist," said Kamal.

With two coveted awards in his kitty, does Kamal have any plans to pen an autobiography?

"I'm against autobiographies. You need to speak the truth in an autobiography, but if I do that I will end up offending a lot of people. I feel autobiographies make you tell a story in a certain way, twisting facts and, therefore, I think it's a lie most of the times," he said.

He is currently awaiting the release of "Vishwaroopam 2", which is nearing completion.

"It will hit the screens in three or four months. We are left to shoot a song and for that we sought the permission of the Indian military and it has been granted. As soon as we finish the song, we'll start working on the computer graphics and post-production work," he said.

"Vishwaroopam 2" is written and directed by Kamal, who also plays a spy in the film. Rahul Bose, Pooja Kumar, Andrea Jeremiah, Anant Mahadevan and Waheeda Rehman will be seen in important roles in it.