Kushal Punjabi, the model-turned-actor is doing quite well these days. The actor who shot to fame with his performances in films like Lakshya, Kaal, Saalam-e-ishq, Shhh...., and more recently, Goal is now seen on television with the character of Aditya Jaiswal in Santaan. 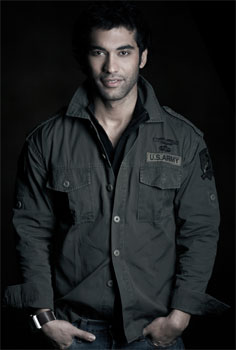 Featured Video
What made the actor to get back to the small screen? "Post Goal, I was thinking of only doing movies, but as you will agree, television is also an important medium now and it's growing day by day. So I changed my decision after a lot of thought and decided to venture into television and am very happy for that." Santaan is Kushal's first social family drama and is very close to his heart.

"Just when I got this role, I also got an equally important offer from a different production house. But I stuck to the role of Aditya since I loved the character. I am glad that I am attached with Shakuntalam (the producers of Santaan)."

Is there anything else he is working on? "No. I prefer doing one at a time!" answers the handsome hunk. "People often ask me why I do only one show at a time. I personally believe that producers of any show look for exclusivity which is so rare to find, since every single actor works in two or three shows. There is nothing wrong with it because everyone wants fame and money. But I never came into this profession for money and this is not my bread and butter. This is my passion! And I like exclusivity!", states Kushal.

Kushal has often been linked with his co-stars -- Amita Chandekar and Anchal Dwivedi. "There is nothing more to it than rumors! We are all good friends and that is all." So, who according to Kushal is the perfect woman he would want in life? "She should be simple, level-headed and most importantly independent”, comes the immediate reply.

Kushal, despite being a very good dancer and choreographer, has never been seen in a reality show. Any particular reason? "No specific reason apart from the fact that I have never been approached. I guess for Nach Baliye, I need a baliye which I don't have (smiles). I would love to do Jhalak Dikhhla Ja because that show doesn't need a partner and I will learn something also from that."

Last but not the least, talking about films, Kushal says, “I am also doing a film with a new director (Aniruddha), and also working on a big-banner film.” 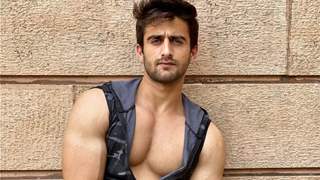 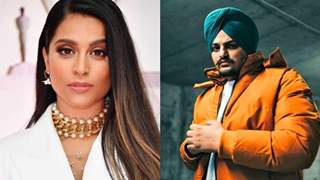 14 years ago aww hes sweet!! im gld he chose santaan!! i wtch the serial for him and his relationship with namrata!! so sweet couple! and also for gaurav khanna!! :) i cnt wait tl he finnaly gts some happines in hs life!!! all the bst!!

+ 5
14 years ago She should be simple, level-headed and most importantly independent”, comes the immediate reply.

+ 3
14 years ago wow
thanks for the lovely article

never knew that he was a choreographer, must say he is indeed a good dancer.