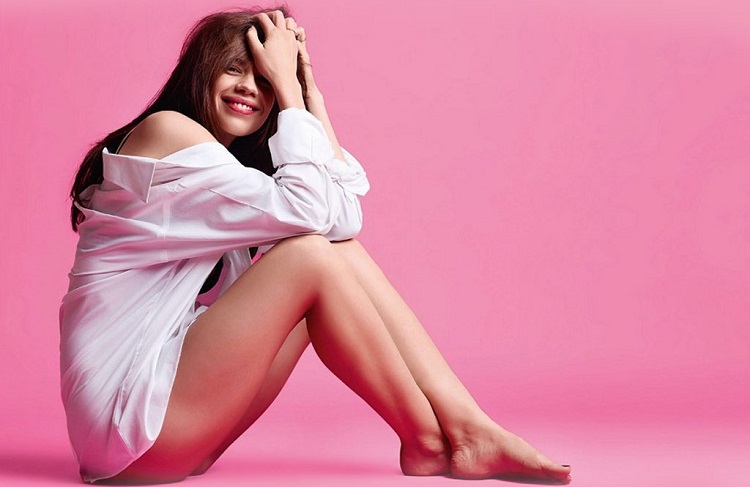 During her initial days in showbiz, she used to get upset over negative reviews, criticism and social media trolls. However, actress Kalki Koechlin says while surviving in the industry for over a decade, she has now become a "veteran" when it comes to handling comments and compliments.

"I used to get affected by it (being in limelight) when I started my career. I used to get upset about criticism or a troll. Even if I used to get a thousand compliments, I only used to remember that one comment that criticised me. Somewhere it's human nature... We tend to do that," Kalki told IANS over phone from Mumbai.

"But with experience, now I let it go. I have been here for a decade now so, now I am like a veteran. Now I take criticism and praise in the same way... I look at them in a constructive way, something that can help me learn and evolve.

"Sometimes there are also moments when I say 'No, I don't want to hear all this, I am going to switch off from social media and focus on whatever I am doing at that time'. Ultimately, your work speaks for yourself," she added.

The 33-year-old is best known for portraying unconventional characters onscreen. She ventured into filmdom with "Dev D" and went on to play critically acclaimed roles in films like "Shaitan", "That Girl in Yellow Boots", "Zindagi Na Milegi Dobara", "My Friend Pinto", "Margarita with a Straw", "Waiting" and more.

After Konkana Sen Sharma's "A Death in the Gunj", Kalki is now looking forward to her maiden web series and her upcoming film "Ribbon".

"It's a 12-episode series on the Goan mafia. I play a Goan-Portuguese DJ. Also, I have just finished a film called 'Ribbon', which has been directed by Rakhee Sandilya. She is making her debut. She earlier made a documentary on surrogacy. The film shows how difficult it is for an urban couple to keep up the pace in today's modern world and bring up a child," Kalki said.

Asked about the growing demand of web series in India, Kalki said: "There is no doubt that web is taking over. That's the new form of technology. We have to embrace it and evolve with it. I watch a lot of stuff online all the time. It's a free platform where we get to see content which we can't see on our TV or in cinemas so often. I love it."

However, she added that people are still keen about watching films and TV shows.

"But I don't think it means that besides web, everything else will disappear. People are still very social creatures and they still want to go and have an outing to the cinema or to go and watch a rock concert," she said.

"It (web) gives you freedom. The web is a wonderful place to express opinions and voices which are otherwise not always expressed, but people also can overuse that freedom. That's also the negative side of it like trolling -- that's repercussion of this technology," she added.

Being in the acting profession, Kalki likes to maintain a balance between her professional and personal life.

"Personally, I believe in the law of Newton -- Every action has an equal and opposite reaction. So, you can't appreciate silence without noise. I want to be out there in the limelight and get my work seen. But I also value my time alone or with family. I like to have a balance of both."