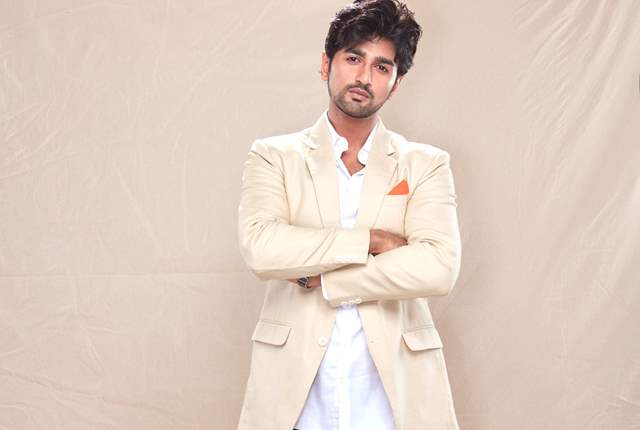 With the lockdown gradually lifting and people across the country stepping out into the new normal, Zee TV has resumed shoots of its shows and is all set to reconnect its audiences with the journeys of their beloved characters who had become their favourite dinner-table companions. Guddan Tumse Na Ho Payega is amongst people's top favorite shows and has begun airing fresh episodes starting 13th July

The show's male lead Nishant Singh Malkani has been shooting back to back for the show, but he revealed recently how he loves watching movies whenever possible. In fact, he feels that watching movies helps him learn and better his craft. Further more, he revealed that Imtiaz Ali’s Tamasha has impacted him a lot and has influenced his taste in cinema. He even feels that his life is very similar to that of Tamasha's Ved (played by Ranbir Kapoor). As Nishant shared, “A movie that has influenced my taste in cinema has to be Imtiaz Ali sir’s Tamasha. I hold that movie very close to my heart, more so due to the striking similarities I share with the protagonist Ved. Just like Ved, I come from a small-town family and my parents used to emphasise the importance that numbers, percentages and academics hold in life and how they will single-handedly ascertain the quality of life we all will get to live in the future. This was certainly the biggest pressure I have lived with throughout my childhood. While I do not blame my parents for sharing their outlook, there is no denying the fact that there are some children who look at the world and everything around them through a coloured glass and their creativity overpowers the logical approach to life.”

Bearing the creative genes in the family, while growing up Nishant had arguments with his parents who tried to guide him towards a more logical and practical way of life. These small quarrels used to leave him frustrated and he would find solace by watching movies and celebrating creativity and art. “Back in school, when I did not score as well as my neighbour's child or my friends, I felt useless and kind of a loser of sorts, which was a real bummer. I grew to despise it and got somewhat frustrated. But that is exactly what made me realise that I wasn’t built to do well in academics and something bigger and better was waiting for me out there. It is in fact a coincidence that I got a chance to act and I enjoyed the whole process of learning how to act. I practically discovered and accepted myself through this process and got in touch with my real emotions. Like Imtiaz Sir’s Ved, I realised quite late in my life that I was always meant to be an actor, and a door practically opened up for me to flourish and be out there in the world. I truly relate with the whole journey of Imtiaz Ali’s Ved on a cosmic level.”

While movies, especially Tamasha, might have inspired Nishant Singh Malkhani, his character Akshat is all set to experience some drastic twists and turns in Guddan Tumse Na Ho Payega. Even as viewers look forward to witness the chemistry between Guddan (Kanika Mann) and Akshat Jindal (Nishant Singh Malkani) once again, the entire family will be seen coming together to celebrate Guddan’s pregnancy. However, with Ganga’s evil plans to harm Guddan and her baby, the story will take a drastic turn and the viewers will have a lot to look forward to in the coming few episodes.

Nishant Singh Malkhani gets emotional as he bids adieu to Zee TV’s ...

Nishant Malkani feels like he is in NASA with Guddan crew in PPEs!

Krilovad 1 months ago Love u Nishant Malkani u super duper as Akshat jindal . No Nishant No Gtnhp.

jmoyee200 1 months ago Nishant malkani Just Super Actor and Just wow Hot Looking also Love u so much as Aj and Nishant..

Sharad Malhotra on people consuming drugs and alcohol: Not ...
an hour ago

Payal Ghosh: If I am found hanging from ceiling, remember I ...
an hour ago

Arjun Rampal gets Home Quarantined as co-stars Anand Tiwari ...
an hour ago

Deepika Padukone to Reach Mumbai From Goa in Charter Plan; ...
2 hours ago

Rakulpreet Fails to Respond to the NCB, Claims Not Receiving ...
3 hours ago

Shweta Tiwari on not announcing her COVID-19 result: I don’t ...
3 hours ago
View More
TOP