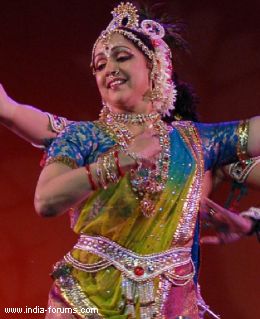 New Delhi, Oct 21 She is a trained Bharatanatyam dancer and has wowed people with her dance moves. Little surprise then that actress and MP Hema Malini says she misses the elegance of classical dance in today's films.

She also says that in their heyday, there was no question of correcting an actor's mistake in the post-production stage and they simply had to get it right.

'I really miss classical dance in films, but I cannot have it. Who will watch it? Audience today likes 'Munni badnam', 'Sheila ki jawaani', 'Jalebi bai' kind of dances. Even the producers would never make a film on classical dance,' Hema told IANS in a candid chat at PVR Director's Cut, a plush new cinema hall here.

'There is so much vulgarity in songs. I don't like it at all,' she added.

The actress has not kept the art to herself. Her daughters Esha and Ahana Doel are accomplished Bharatanatyam dancers. All three have been performing on stage quite often.

Hema is delighted to see dance reality shows that help provide a platform to people to showcase their talent. She would love to do something on similar lines, dedicated completely to classical dance, but is apprehensive.

'I would love to make a show where you have all the classical dances like Bharatanatyam, Odissi, etc, but times have changed. We can hardly do anything as even television producers are not willing to take up a concept like that. None of the channels support me,' said the 63-year-old, who is married to veteran star Dharmendra Singh Deol.

There are many feathers in Hema's cap. Apart from being a good actor and dancer, she is a director as well as a producer.

Her first film as a producer and director was 'Dil Aashna Hai' in 1992, which had Shah Rukh Khan playing the lead role. After 19 years, Hema has once again donned the director's hat with her new film 'Tell Me O Kkhuda', which stars Esha Deol, Arjan Bajwa, Dharmendra, Rishi Kapoor and Vinod Khanna. 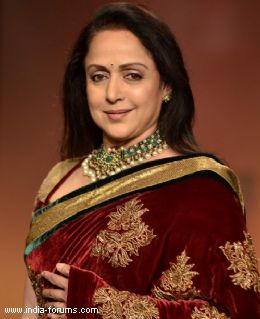 What changes have she noticed in the field of direction and production over the years?

'Direction has undergone a dramatic change. Technological advancement has taken film direction to a newer level. And it is important to make full use of it in the right way,' said Hema, fondly called the 'Dream Girl'.

However, she feels post-production has become quite expensive.

'Many times I have seen, if something goes wrong and we tell the cameraperson that this is defective, they say 'don't worry everything would be corrected in post-production'. It not only becomes expensive but also time-consuming. This was not there before,' said Hema, who has films like 'Dream Girl', 'Sholay', 'Johny Mera Naam' and 'Seeta Aur Geeta' to her credit.

'Earlier, we had no option but to do everything completely correctly. I feel films made earlier were also of good quality. The girls were very beautiful at that time and that beauty would come alive on screen, whether it was Madhubala, Meena Kumari, even in black and white.

'There was no technology at that time, they used to picturise it very well and the lighting was very nice. We don't see that beauty on screen any more. Today you cannot even see the heroine properly; in the fraction of a second the scene changes.'

(Priyanka Sharma can be contacted at priyanka.s@ians.in)