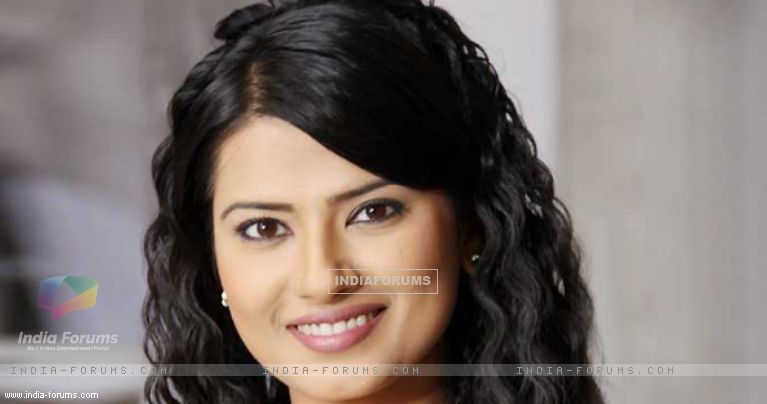 Actress Kratika Sengar, who was last seen in Zee TV's popular show Punar Vivah, is making a come back with another show Servicewali Bahu on the same channel. While Kratika has won accolades for her performance in many shows, she looks forward to carry the same aura with this show.

In conversation with Kratika, she speaks about the reason of taking up this show, chemistry with her co-star and more...

What made you to take up this show?

The first reason for taking up this show is that it is on Zee TV. I am very much comfortable with this channel. Secondly, I have followed Rakesh Sir's previous show Afsar Bitiya which I felt was a very strong concept and I am really fond of doing women oriented shows.

For me it's not important to do a romantic show or a comedy show because I have not tried those genres and so I don't know how much I will succeed in doing those kinds of shows. But when it comes to playing a strong character, then I am very much confident about myself. This is one of the biggest reasons for taking up this show.

The show's time slot is not a prime time slot, so do you think that it will be able to grab the attention of viewers?

Actually, we are experimenting with the time slot. It is a very big risk like we say daav pe lagakar game khelna. I am just hoping for the best and pray that this show also gets success like my previous shows.

The audience has appreciated your chemistry with Gurmeet Choudhary, do you think so that will you be able to create that magic with Abhishek Rawat?

But, I don't think so that on-screen chemistry has anything to do with your off-screen one. Your work speaks about it. I have not yet shot any scenes with Abhishek but he has come across as a very simple, nice and genuine person. I am sure that everything will fall in place.

What preparations you have done for the show?

I have attended workshops arranged by Rakesh sir. I was facing problem with the language which I am supposed to speak in my show.

You are coming back on screen after a long break, so did you miss television?

I didn't miss television. When I was on a break instead after coming back to work, I am missing my family. I think the difference which has come in my life after my marriage is, earlier I used to work for en number of hours or for unlimited days. But now, after 12 hours, I need to go home and I want an off every week. It's really difficult to manage work and home but only a woman can manage both efficiently so I am very proud to be a woman.

You were climbing the ladder of success and in between you got married to Nikitin Dheer which was quite surprising. So what made you to get married at the time when you were at the peak of your career?

I think that everything has a right time, every opportunity has a particular time which come your way and if you grab it then that's your luck or you will miss that opportunity forever. Two shows of mine where very successful, I was doing good work but in between, I came across a good family and a guy to whom I met and didn't want to leave him (laughs). So, I grabbed the opportunity and got married to him.

TellyBuzz wishes Kratika Senger all the best for her new show!

6 years ago I think you took a right one, Kratika Sengar Dheer ! Both Service Wali Bahu and you are rocking our screens... Approve

+ 2
6 years ago All the best to you Krathika

you are an fab actress!

redrose39 6 years ago Gurmeet Choudhary u alws rock & so does ur aarti ji...

lehyachoudhary 6 years ago Ur awesome with gurmeet..never ever forget aarya's jodi..u n Niki made for each other couple.. Wt ever u do v always with u

+ 3
6 years ago I think you took a right one, Kratika Sengar Dheer ! Both Service Wali Bahu and you are rocking our screens...

And can't really erase from my mind on yours and Gurmeet Choudhary's outstanding chemistry in PV !

6 years ago Loved her in jhansi ki rani and punarvivah..looking forward to this show of hers. Hope she will rock it

Harichutney 6 years ago loved to see ks in Gurmeet's party... they both were looking superb together... Gurmeet Choudhary u r so hott...

6 years ago Best of luck Gurmeet Choudhary for ur next movie.

Roy_KSian 6 years ago Hope u celebrated a wonderful birthday... GURMEET CHOUDHARY.
u r so charming, dear... love u so much...