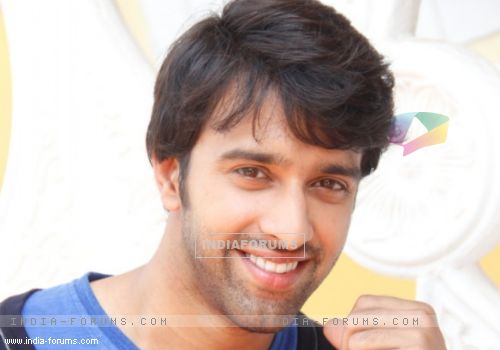 Handsome and cute looking Sahil Mehta, known for his on going stint in Star Plus' Suhani Si Ek Ladki have gained much accolades for himself not only for his work as an actor but also Sahil in person. Getting the number 1 position in the time slot is something that none can achieve easily. In this candid chat with Sahil, he reveals about his show, movies and much more.
What made you to take up this show?

I will be very honest. I did a movie with Mukta Arts raised by Subhash Ghai which did not do well. Later, a few things happened like I lost my mother, I started travelling and I had no intention of working. But the producer of Suhani Si Ek Ladki had seen my movie. She I think liked my work or thought I would be fit for the role. So she called me for an audition. That is how I bagged this role.
How is it playing the lead role and romancing with two ladies?

Personally, what works for me is I know the difference between the real and reel world. I do not take it too seriously. It is my work and that is how I treat it.
How is Sahil in real?

Sahil in real life is very similar to Yuvraj. Yuvraj never intends to romance with more than one girl and so am I in real. But on the contrary, Sahil has one girlfriend and intends to marry her only.
If we consider the 6:30 pm time slot, Suhani... is doing exceptionally well with the audience. What is your take?

It is all because of Yuvraj (laughs). All of us are very new in the show. The production house is also new. But when it comes to the technical team, from the Head of Production to the Creatives, all of them have experience of all the famous shows like Balika Vadhu, Iss Pyaar Ko Kya Naam Doon?, Geet Hui Sabse Parayi and many more. They are properly established. The technical team is so very strong and the actors are fresh so all of us listen to them. I guess what works is that there is no ego. Each of us are professionals and surely all of this shows on screen as well. I do not know how things work, why things work; all that matters is audience likes it.
If any time you were offered a movie, will you take up?

It all depends on what it is. Just for the sake of doing it, I will not pick up anything. If it is a role that requires Sahil, definitely I will do it.
All ready to dabble between television and films...

I am ready to do good work. Wherever good work is, my heart will lie there. If it is television then television and if it is films, I will do that. I am an actor and I want to stick to that. I do not want to get into dancing and hosting. My most favorite role is Sanju from Jo Jeeta Wohi Sikander.
TellyBuzz wishes Sahil Mehta all the luck for future!
Upasana Patel

+ 5
6 years ago i started liking Sahil Mehta more after reading this article .. after ipkknd .. the only indian show im liking or loving is suhaani ...

6 years ago Your doing a great job Sahil Mehta in Suhani Si Ek Ladki and I love your onscreen chemistry with Suhani and your offscreen with Rajshri!

6 years ago WE NEED SOME MORE YUVANI SCENES!!! PLEASE. :P I know desperate, I know, but if you're reading this, WE ALL LOVE YUVANI.

6 years ago The scene today was so nice.. Sahil and Rajshri have such a natural and beautiful chemistry.. :)

+ 4
6 years ago Sahil as Yuvraj and Rajshri as Suahni is what has got me hooked into this show...you guys rock as pair onscreen.

6 years ago Doing amazing! Your chemistry with rajashri is amazing! :)

6 years ago Sahil as Yuvraj and Rajshri as Suahni is what has got me hooked into this show...you guys rock as pair onscreen.