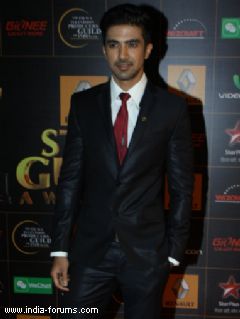 "Mere Dad Ki Maruti" fame Saqib Saleem says he wants to be popular and also explore more as an actor.

"There are no limitations as an actor. I just want to be famous. As an actor, one should not limit themselves. As long as the script is justified, I am fine with anything," Saqib, who did a lip-lock scene with Randeep Hooda in "Bombay Talkies (2013)", told IANS.

"Yes, we are public figures and we wanted this kind of life but a few negative stories don't effect me or my family. As far as Huma's rumours or link-ups with Anurag Kashyap is concerned, we find such stories laughable, there is no truth to these rumours," he said.

"Huma is my best friend and I think she is in a position which is why there is so much written about her," added Saqib, who is shooting for Amol Gupte's "Hawa Hawaai".