The good looking Karan Mehra hit the popularity charts with the character of Vedant in Sony's Viruddh; and there has been no looking back for the actor now as he gets to play a very pivotal role in Star One's Pari Hoon Main. He speaks to our Telly Buzz reporter, Melanie, about his character in the show, his journey as an actor, aspirations and much more. 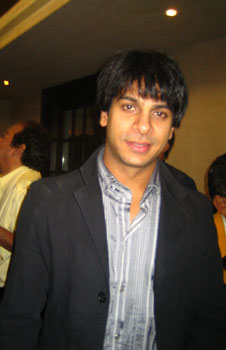 Featured Video
So Karan, tell us something about your character in Pari Hoon Main?

Well coincidentally the name of my character is Karan. He is basically a very innocent, simple, gullible and soft hearted guy, but is very hard working when it comes to his job. At the same time, he is very nervous and hyperventilating. He is intelligent and passionate about his work. He is a gold medalist from FTI. But he has a disadvantage because he doesn’t have the financial backing to fulfill his dreams and his parents were not supportive of his idea to become a director either.

Do you relate to the character you play?

I wouldn’t say I relate to the character, but I can’t say that I don’t either (Smiles). Most of the shows I have done I have always made heroic entries, be it on sports bikes or playing a basketball or volleyball match and emerging the winner. But as you see in this serial, I am shown as a simpleton who is always nervous. And being a Delhiite and a Punjabi boy I would say I am a kind of a show off. I love to flaunt my attitude and I have always epitomized that in all the characters I have played till now. But I do relate to this character to a certain extent because I am a little chicken hearted at times, just like Karan and honestly playing this role may just help me to know myself a bit more.

Tell us something more about the storyline of the show?

I actually have no idea about what’s going to happen. In television, it’s like making a film every week depending on the dates of the artists. We haven’t been told anything as yet except that somebody will fall in love with somebody. So we will just have to wait and see if it is a love triangle or a love quadrilateral.

How is it like working on the sets of Pari Hoon ?

Oh it is awesome. The whole unit is like a family to me. And I am working with B.R. Films who are the pioneers in television. I had always heard that they treat every actor as a superstar and I can personally say that they have lived up to that image. I had a lot of fun working with my co-stars Mohit and Rashmi too, who are great to work with.

What made you accept the role of Karan when you have always portrayed stronger characters?

I think that’s what acting is all about. In this field you have to be versatile. I know I am taking a big risk especially when you have always been seen in a particular persona and have been accepted and appreciated for it. But I would say it was my urge to experiment with different characters that prompted me to accept this role.

You started your television career with Star One; how does it feel working on the channel again after a hiatus?

Yeah actually it is a whole circle for me. I started off with Star One by auditioning for India Calling, but was considered too young for the role and ended up getting a cameo role in Remix as Aditya, after which I have got roles in serials on every channel except for Zee and the new channels that have come up. And it feels great to work again with Star One and that too on a primetime show.

So did you always dream of becoming an actor?

Yes. It has been my dream right from STD 3. But I had no idea that I would come to and struggle to become an actor and gain recognition in such a short time. It just happened and everything fell in place.

You played a central character As Vedant in Viruddh; How did you feel when the show 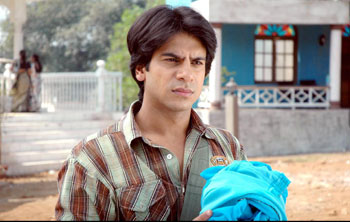 was pulled off the air?

The TRP’s of the show were quite low because of which the channel wanted the show to do a leap. Frankly I don’t believe in TRP’s because I have never got such fame ever before. In fact I have done shows that had a much better TRP but this was one show that gave recognition not only in the industry circle, but outside too. The channel wanted to test if a leap worked but the entire cast wasn’t in favour of it. I definitely didn’t want to do because I wouldn’t want to look old with gray hair and kids as tall as me at such a young age. It was a mutual decision by the channel heads and Smriti to pull it off air and yeah, I did feel bad about it going off air. But everything good has to come to an end one day.

How did you feel working with artists of high caliber like Smriti Irani and Vikram Gokhale on the sets of Viruddh?

Yes all my co-stars of Viruddh have been in the industry for quite some time now and it was a bit overwhelming for me to work with them, but I took it up as a challenge. Smriti is a wonderful person. In fact I would say she is a better producer than an actor. Not that her acting abilities are questionable, but the way she took care of us on the sets of Viruddh was amazing and if given an opportunity, I would love to work with her again.

What are your plans for the future?

I have no other serials coming up as I have given all my dates for Pari Hoon Main. But I am playing a small role in the film Drona though, where I play Abhishek’s elder brother. And I am doing a play called Daddy Cool with Tanaaz and Bakhtiyar where I play a dual character. Let’s see how it shapes up. 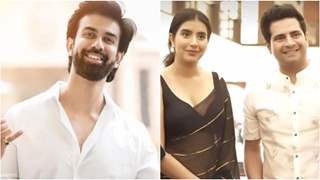 + 3
14 years ago Awwww, what a sweet article... Karan, you are really talented and wishing you all the best! :) thanks for the article!