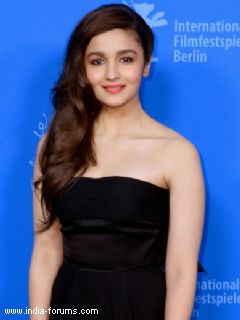 Alia Bhatt aspires to be a "superstar" after becoming a good actor. But as of now she feels she is "zero".

The 20-year-old, who started her career in filmdom with "Student Of The Year", now awaits the release of her film "Highway" and she will then be seen in "2 States".

What's her idea of a superstar?

"A superstar should not have an attitude. They should have the charisma and appeal to connect with the audience. I think Aishwarya Rai Bachchan has that in her. When she walks in, you can't help but look at her," she said.

Anurag Kashyap Clarifies His Image of 'Consuming Drugs'; ...
19 minutes ago