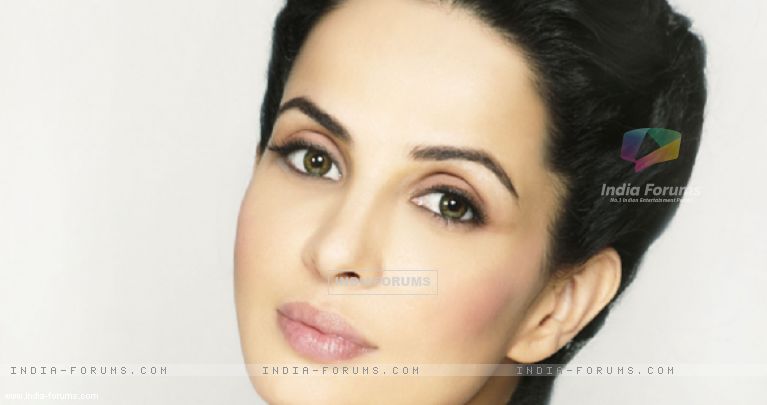 Actress Rukhsar Rehman, who has showcased her skills in many shows lately being Zee TV's Aur Pyaar Ho Gaya, is back on screen with Life OK's Dream Girl.  While Rukhsar is also engaged doing the play Nirbhaya apart from acting, she is all set to showcase her skills on the show by essaying the character of a working woman.

In conversation with us, she talks about the show, character and more...

Tell us about your character in the show...

I own a well established productions house and my husband Akshay, is the in-house director. So it's our story that how we work in our office where we plan a budget and do various things related to office and work.

We are also very close to Ayesha (Shraddha Arya), as we know her from a very long time when she got married. When it comes to our personal life, my husband and I love each other but due to our work we can't spend time with each other.

This is because he is a director and wants to make a big budget film or want to investment but I being from the production team doesn't agree with him. So, these are the clashes which will be seen on the show between us.

Any special preparation you did for this role?

Well, this character is sweet but her character is of a person who is focused and straightforward. Whenever they have a meeting or important work, they are always prepared with their presentation, number and everything required for the meeting. So, I won't say that I have actually put in efforts to prepare myself but yes I have tried to learn how to act like a sheer professional and also, I am trying learn some new words which I can frequently use to perfect my character.

There is a lot of difference between the shooting formats of TV and films. While shooting for television shows, you require lot of energy and you need to put more efforts, whereas in the film the shooting is stream lined because if the scenes are shot, they take their own time.

But that's not possible in television because they have to be shot and telecast daily. Other than that on Television audience can watch you every day which is a very good thing which doesn't happen in films.

8 years ago He's one of the most talented guys around. It's a treat to watch him on screen

+ 4
8 years ago Well he's right! Its just a surname. Besides if that was the case then Hrithik and Big B wouldnt have been up there. Khan is just a surname. Irfan is a very talented actor and he doesnt need a surname to prove his mettle for sure!

+ 3
8 years ago my mommy always said if u have nothing nice to say then don't say anything at all (i guess u all kno who this is for)
anyways i really like this point,
actors shud truely be recognized for their work not their names or whos family they're from.

+ 5
8 years ago @Mahika- that was ruude. he has a strong career. the only difference is that he is an actor who works to please critics and the nation..while other actors work to bank on money.

+ 4
8 years ago Fabulous actor not a commercial one but albiet a great one!!!! Definitely one of my favourites... His acting is flawless!...

8 years ago Just because your surname isn't helping you gain success doesn't mean dropping it will help your career...

+ 2
8 years ago Being Khan doesn't effect anything you do... :P I'm Khan myself... Your name doesn't effect you... just how you yourself do something effects your career. Weird statement thought :S

+ 3
8 years ago He is a brillant actor! he was amazing in Chanakya!