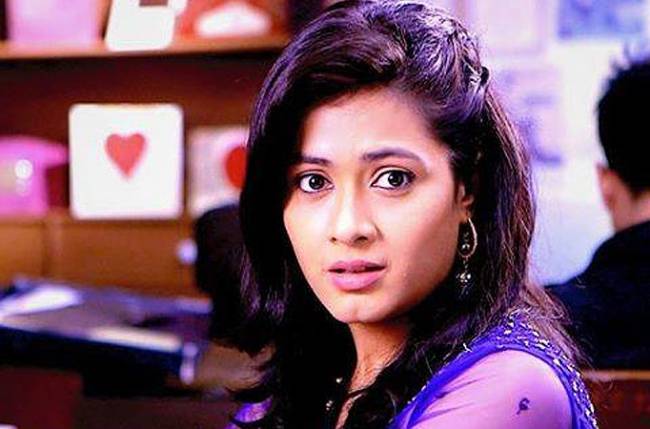 Pretty actress Sonia Balani, has shown variation in her work by essaying a grey shaded character on Sony TV's Bade Acche Lagte Hai. Now, she is winning praises from the audience by playing the character of fun loving and girl-next-door Panchi in Star Plus' Tu Mera Hero.
In conversation with us, Sonia talks about her character, reason of taking up the show and more...
Sonia says that she has to put efforts in essaying this character finely, "Panchi's character is very different from my previous characters. She is very simple, chirpy, cute and very romantic. One who always stays in her own world, I am always excited to  play Panchi's character because its very challenging for me. The fact is, I am not a romantic person, so efforts are required to act like Panchi."
What made her to take up a show like Tu Mera Hero? Sonia says, "I feel that whenever I do a show or play a character there should be something new to learn. I have shown variation in my work by doing three different characters on television. By essaying different characters, I have polished my weakness in acting."
Talking about the efforts she took to act like Panchi, she says, "I watched many Bollywood and Hollywood movies to be romantic like Panchi."
When asked about her equation with her co-star Priyanshu Jora, she says, "We both act like kids, being with Priyanshu is like living my college days again. There is a different rapport with senior actors, you have a lot to learn from them. I have learned a lot from Akhilendra Mishra ji, about how to improvise my character."
"Keep watching my show, keep smiling and enjoy your life to the fullest," she concludes.
Phalguni Sharma

+ 5
6 years ago have seen 2-3 episodes of show n Sonia is doing good job, from spoilt brat pihu to sweet panchi, she has transformed well...good acting :)

+ 3
6 years ago Sonia Balani, Priyanshu Jora, Akhilendra Mishra & all other actors are amazing! Love them all and love the show Tu mera hero. Keep up the good work team TMH!

+ 3
6 years ago Sonia Balani and Priyanshu Jora, you two are rocking as Titu and Pancchi!! Loving the show Tu Mera Hero!!

+ 5
6 years ago Sonia Balani, Priyanshu Jora, Akhilendra Mishra & the whole cast is doing a great job! Good luck to all!

+ 4
6 years ago Sonia is doing an excellent job as panchi. Girls like panchi are so realistic. Intelligent, bold & at the same time romantic person who lives in her own world. Frankly I am also much similar to panchi. Loving titu & panchi. Tu mera hero is an excellent show.