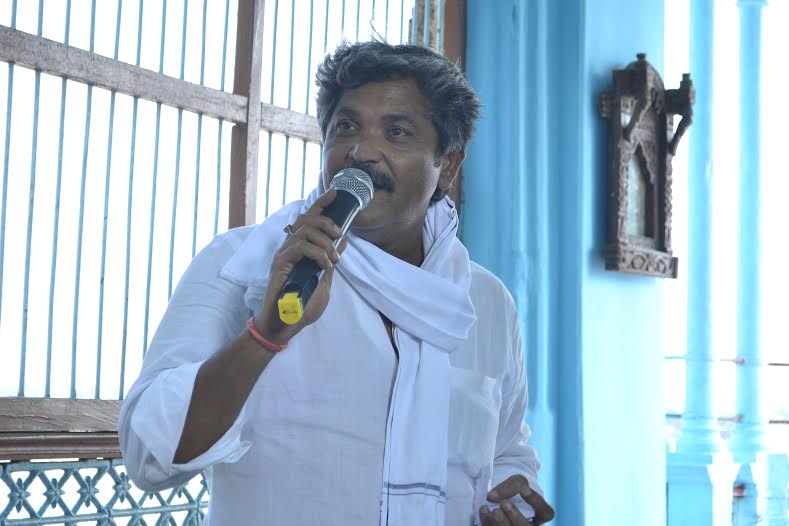 Producer Arvind Babbal has donned the producer's hat and will be presenting his work with the show Mahakumbh. While Arvind Babbal has proved his talent and showcased his directorial skills in the show Saraswatichandra, he is excited about his new venture and speaks with us regarding the same.

How excited are you to produce a debut show Mahakumbh?

I am elated about Mahakumbh as its my debut show as a producer. It really needs a lot of courage to make such kind of shows. I always had this dream of bringing something very different for viewers which was missing on television for quite a long time. We have been offering shows based on kitchen politics to the audience which has disconnected them from small screen so from this show I want them back on small screen. Mahakumbh brings a fresh concept, some outstanding characters, appealing and catchy screenplay and more.

What efforts you had to put in to make the show?

As a producer I have tried to make this show on a big scale. We have used Alexa camera which is used while shooting films. We have a plan of shooting on 130 outdoor locations of which we have completed shooting the half of it. Shooting outdoor was a tough task as I had to shoot with en number of people at one time so managing everyone and explaining them was not so easy. Once when we were shooting outdoor, my entire set was collapsed due to storm so we had to construct it again. I have put in extra efforts to make the show look realistic.

How did you come up with this idea?

The credit goes to my wife. I was in Ujjain when my wife quizzed me that 'Why are people seen tensed during this holy Mahakumbh mela?' So it gave me a lead to make a show which talks about 'Mahakumbh' in a contemporary way.

The show caters to whom?

Well our target audience is youngsters but I feel any person can relate with the story. When I screened the pilot shoot of the show at my home, a little kid watched it with all concentration and the kid's mother was surprised to see his level of concentration.

Tell us something about the cast of the show?

Earlier, I was associated with theater and I have featured artists from the theater background. I think that its time for theater actors to act on-screen who are very skilled and hardworking. I am obliged to work with such hard working and dedicated actors like Gautam Rode, Seema Biswas. They make my scenes look wonderful with their acting skills. To tell you, we have worked in 4 degrees and 44 degrees and in spite of that the actors have given their best performance.

Coming to the show Saraswatichandra, how was your experience working with the team then?

Doing Saraswatichandra with Sanjay Leela Bhansali was an amazing experience. He gave me all freedom for directing the series. He is highly experienced when it comes to selecting costumes and designing. These are his traits and I have learned a lot from him.

After Mahakumbh, any plans of entering into films?

I have got opportunities to work in films but it has always been my choice of not doing it. Well in the coming year I am coming up with a movie for which I have been working since one and a half year.

Your team is talking about your work and appreciating you a lot. So what do you have to say to them?

It's my honor that I have got such an amazing team.  I think I may have done some good deeds which are fetching a good result for me. We have a positive atmosphere on the sets so things become more easy and organized.

A message you want on pass to your fans?

We are trying to bring something new for the audience and we hope that they accept it.

Gautam Rode and Pankhuri Awasthy recover after testing positive for ...

Sadia_JenAm 6 years ago Why the hell no Mahakumbh forum yet????
Gautam Rode looking forward

Gul.S_Ef 6 years ago Today the journey of Rudra will began, n we wish him the very best of luck. Stay blessed Gautam Rode. Amazing cast n their hardwork will make audience notice MK.

FanofGR 6 years ago Arvind Babbal Sir, I know your Mahakumbh will be thrilling. Looking forward to seeing Gautam Rode as Rudra and Payal Rajput as Maya.

innocentgal07 6 years ago Best wishes Arvind Sir and Gautam Rode. MK will be a sure hit.

comoestas 6 years ago Good luck Arvindji for your Mahakumbh, as UN Sir said, you have the most noted TV actor as the lead.